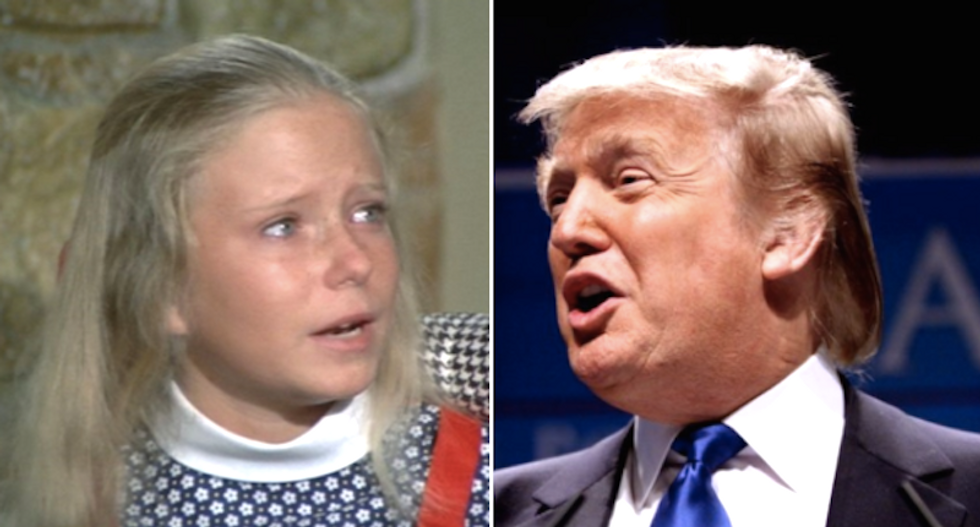 Does President Donald Trump have an obsession with former President Barack Obama?

New York Times columnist Charles Blow believes he does, and he's written a scathing op-ed piece in which he calls out Trump for being fixated on his predecessor.

"Trump has questioned not only Obama’s birthplace but also his academic and literary pedigree," Blow notes. "He was head cheerleader of the racial “birther” lie and also cast doubt on whether Obama attended the schools he attended or even whether he wrote his acclaimed books. Trump has lied often about Obama: saying his inauguration crowd size exceeded Obama’s, saying that Obama tapped his phones and, just this week, saying that Obama colluded with the Russians."

Blow then says that Trump's behavior is more like what we would expect to see from a jealous teenage girl, not a supposed adult who is President of the United States.

"It’s like a 71-year-old male version of Jan from what I would call the Bratty Bunch: Obama, Obama, Obama," he writes.

What lies behind Trump's obsession with Obama? Blow's best guess is that he hates that Obama is admired by high society, which is something that Trump has always craved.

"Trump wants to be Obama — held in high esteem," he writes. "But, alas, Trump is Trump, and that is now and has always been trashy. Trump accrued financial wealth, but he never accrued cultural capital, at least not among the people from whom he most wanted it."