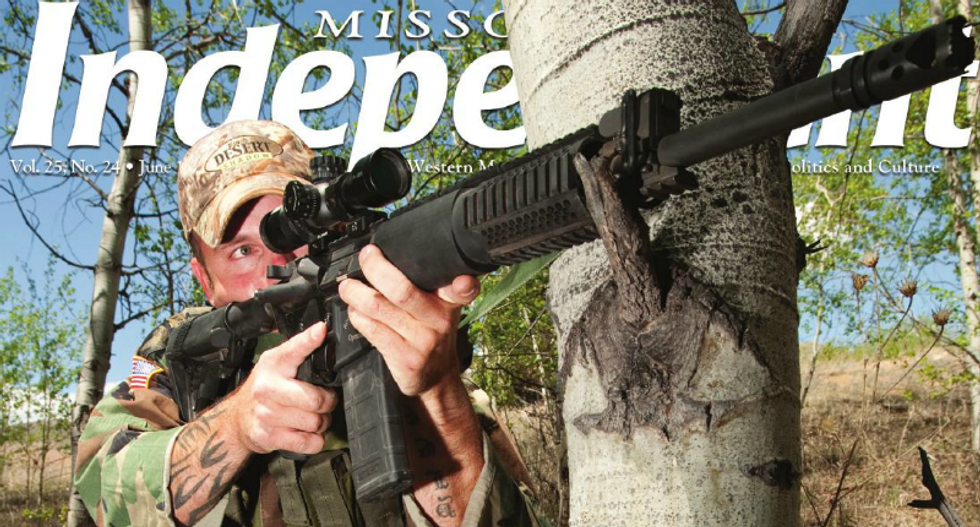 Assistant U.S. Attorney Craig Gabriel is asking a federal judge in Portland, Oregon to sentence a controversial militia leader to 41 months in prison after he plead guilty to conspiracy during the armed takeover of the Malheur National Wildlife Refuge, The Oregonian reports.

Payne was a founder of Operation Mutual Aid, a right-wing militia organization that dispatched armed members to both of the Bundy clan standoffs. Payne referred to himself as Cliven Bundy's "militia liaison" and "as a kind of on-the-ground commander."

"We locked them down," Ryan Payne bragged to the Missoula Independent. "We had counter-sniper positions on their sniper positions. We had at least one guy—sometimes two guys—per BLM agent in there. So, it was a complete tactical superiority. ... If they made one wrong move, every single BLM agent in that camp would've died."

Payne says he was ready to die during the stand-offs.

"Not only would we take a shot for each other," he says, "we'd take one for you. If somebody infringed on your rights, you call me up. I'll come stand in between you and the police. It doesn't bother me, if they're infringing on your rights. Whoever it is."

It has also been suggested that Payne planned to kidnap a law officer for a prisoner exchange. The person Payne allegedly wanted to free was Cliven Bundy's "bodyguard" Schuyler Pyatte Barbeau -- who plead guilty to federal weapons charges in June.

In May, Jerry DeLemus, a prominent right-wing activist who co-chaired the New Hampshire Veterans for Trump coalition, was sentenced to seven years in federal prison for his role in the 2014 Bundy standoff in Nevada.

Watch The Oregonian try to answer the question, "Who is Ryan Payne?"