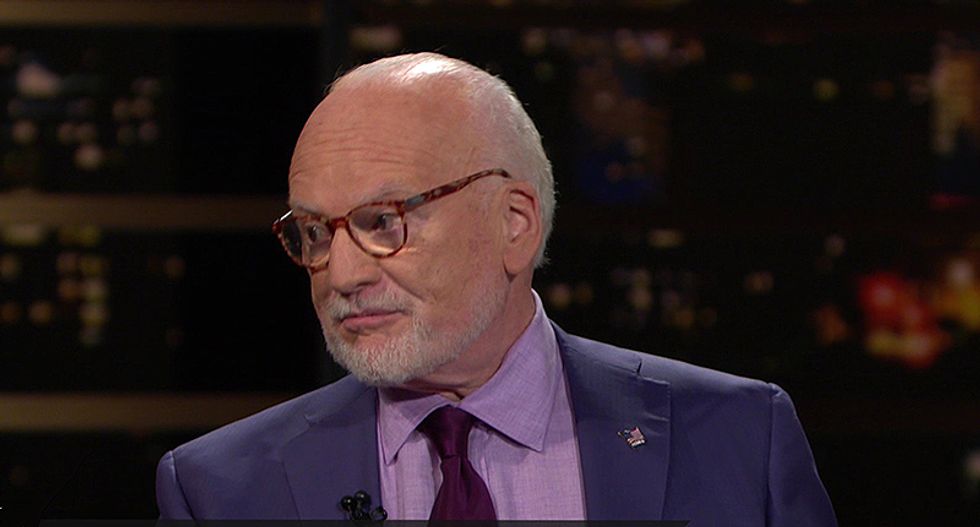 Richard Clarke is the former National Coordinator for Security, Infrastructure Protection and Counter-terrorism for the United States, so when he warns of President Donald Trump's ignorance, he's not kidding around.

In his new book, Warnings: Finding Cassandras to Stop Catastrophes, he talks about Cassandra of Greek Mythology, who was blessed by the gods to see the future but cursed that no one would believe her.

The first thing Maher asked him about was the election of 2018 and 2020. "They'll be back," Clarke warned. "The Russians will be back... What should have happened after the last election is that the U.S. government should have instituted very comprehensive programs to make sure the Russians could never get involved in our democracy again. And we've done nothing. Nothing at all."

He cited former FBI Director James Comey, who sounded the alarm during his hearing, saying, "they will be back."

The most important thing he said that gets very little attention is that the Russians had tens of thousands of fake social media accounts that were used to sway opinion based on an online mob mentality.

Maher noted that next week Trump will meet personally with Russian President Vladimir Putin and will likely not even mention the attack because he was the beneficiary.

Watch his full conversation with Maher and the panel below:

Russia 'invaded our country and he doesn't care... by sarahburris