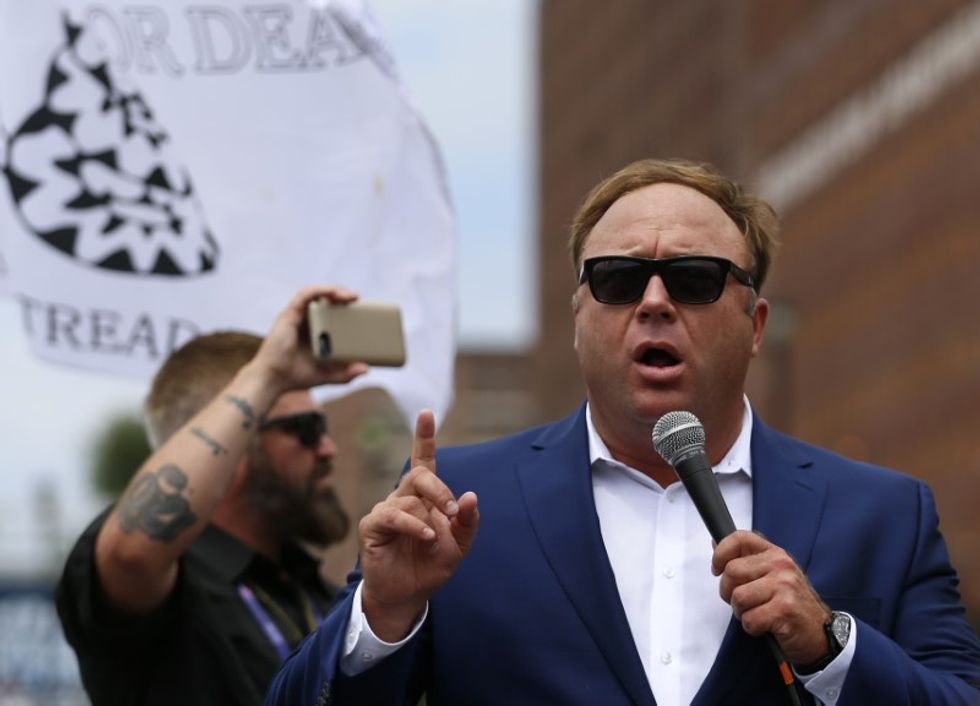 More network affiliates should join NBC Connecticut in refusing to air Megyn Kelly's interview with Alex Jones, a conspiracy theorist who has suggested that the 2012 Sandy Hook school massacre was a hoax, a gun control group said on Saturday.

The interview with Jones, scheduled to air on Sunday, has prompted outrage, especially in Connecticut, where 20 children and six adults were killed by a deranged gunman at the elementary school in Newtown.

Jones, founder of the website Infowars, has questioned what he calls the "official story" of Sandy Hook and suggested that a political cover-up took place. Although his theory has been discredited, people who believe Jones have harassed and taunted families of the victims.

Sandy Hook Promise, a gun control advocacy group with links to the families, urged people on Saturday to sign an online petition calling on NBC to pull the interview from broadcast, repeating an earlier demand.

About 140,000 people have signed the petition, the group said in an email to supporters. It said names were needed "to get other stations to follow suit" after NBC Connecticut indicated on Friday it would not air the interview.

The station's general manager and president, in a memo seen by Reuters, told employees the wounds of the shooting are "understandably still so raw" and the station has "decided not to air this week's episode of Sunday Night With Megyn Kelly."

Kelly, who gained prominence as an anchor at Fox News, joined NBC at the beginning of this year. Her show "Sunday Night with Megyn Kelly" made its debut on June 4.

The NBC television network, owned by Comcast Corp., said in a statement on Saturday it was "committed" to the broadcast.

Jake Urbanski, an NBC News spokesman, wrote in an email that NBC remains "committed to giving viewers context and insight into a controversial and polarizing figure," He declined to comment on the petition or on the decision by NBC Connecticut.

Jones, saying he anticipated a "hit piece," posted recordings online on Thursday, apparently of a conversation ahead of the interview in which Kelly can be heard reassuring Jones it will not be an unfair "gotcha" interview.

Kelly said in a statement earlier this week she understood and respected the concerns about the interview. She said she found Jones' suggestion that Sandy Hook was a hoax "personally revolting" as does "every other rational person."