Sean Spicer: Trump wants a health care bill with 'heart in it' -- but he hasn't seen GOP plan 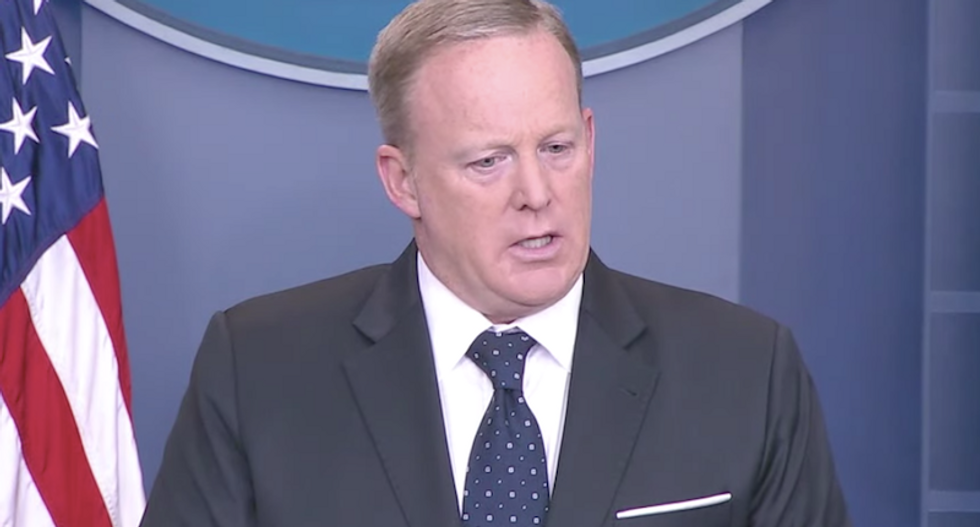 Sean Spicer insisted the president wanted a health care bill with "heart," although he admitted he wasn't sure if anyone at the White House had seen a draft of the Republican measure.

"The president clearly wants a bill that has heart in it," Spicer said, referring to a report that Trump told tech CEOs the current GOP bill "needs more heart."

But Spicer admitted the president may not have seen the bill, although Trump has offered input over the phone to senators and is "very excited about where this thing is headed."

"I don’t know if he’s seen the legislation or not," Spicer told reporters. "I don’t know if the president or anyone on his staff has seen a draft of the Senate healthcare bill."

He insisted that Senate Republicans were not behaving hypocritically by keeping their Democratic colleagues out of the process of drafting a health care reform bill, although they complained about their own input during the negotiations for Obamacare.

"I think we wanted to be part of the process back then," Spicer said, citing comments by Senate Minority Leader Chuck Schumer, who said Democrats would not be part of a GOP effort to repeal the Affordable Care Act.

"No Democrat wanted to touch this, no Democrat would be part of an effort to repeal Obamacare," Spicer said. "Let's not mistake ourselves about how they wanted to approach this thing."

"They were happy with Obamacare, we believe Obamacare is failing," he added. "To turn around and second guess -- that's something they should take up with their leader."

Spicer: “I’m sure that there will be plenty of time to have debate” on health care@HallieJackson: They're talking about voting next week… pic.twitter.com/6OFLG6garR