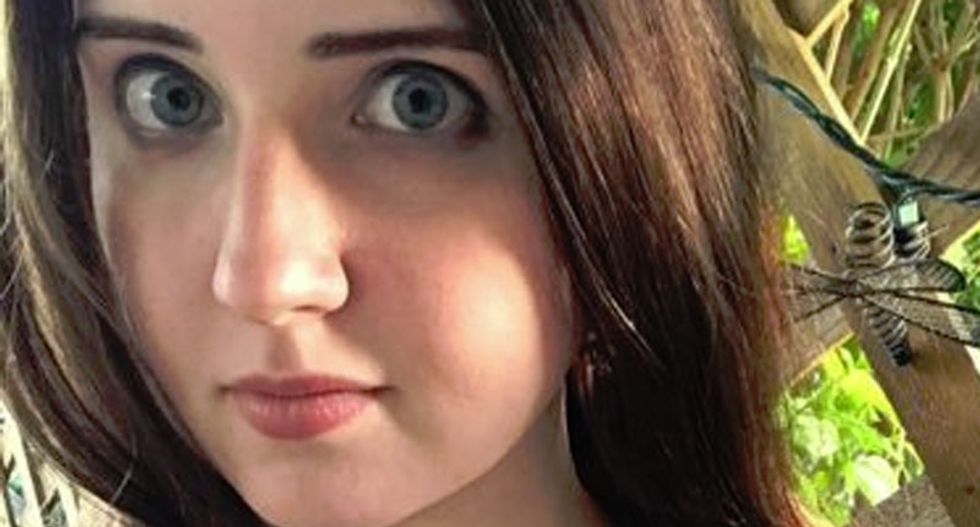 Katie McHugh was fired from Breitbart News on Monday after she wrote on Twitter that "there would be no deadly terror attacks in the U.K. if Muslims didn't live there" after a terror attack in London.

Below is an article about McHugh's from 2015. As you can see for yourself, she had a history of racist Twitter rants:

It must be very liberating to be a conservative right now. With fifteen GOP candidates still vying for a job that will never be hired for -- now that Rick Perry finally looks like the smart one by saying "Laters, losers" -- crazy talk wins the hearts and minds of the conservative base and everyone is doing it.

After Andrew Breitbart checked out at age 43 from heart failure and not an Obama space-based death ray-- leaving his widow to tidy up some of his messier affairs -- the website that bears his name has traveled further downriver into the fever swamps  of nativism, misogyny, barely restrained racism and incompetence.

This is due in no small part by actively seeking out people deemed too horrible to work for Tucker Carlson's White Privilege Frat House and National Natty Light Reserve.

One of the lesser known hires from the DC is Katie McHugh who was brought over to "aggressively and insightfully tell the stories that are shaping our political and cultural experience,” according to Editor-in-Chief Alex Marlow.

Or, as McHugh put it: "I’m very proud to join the Breitbart News Network to reshape the American political conversation by airing out all the facts.”

And, having been promoted to front page editor after slightly more than a year, "reshaping" the conservation is exactly what she is doing by explaining history to America  -- one tweet at a time.

Last night while the GOP debaters raged against the dying of the right, McHugh shared some amazing insights about immigrants in America, Muslims, slaves, Native-Americans, and Hispanics on the Twitter in her own whimsical way.

And this one is special: