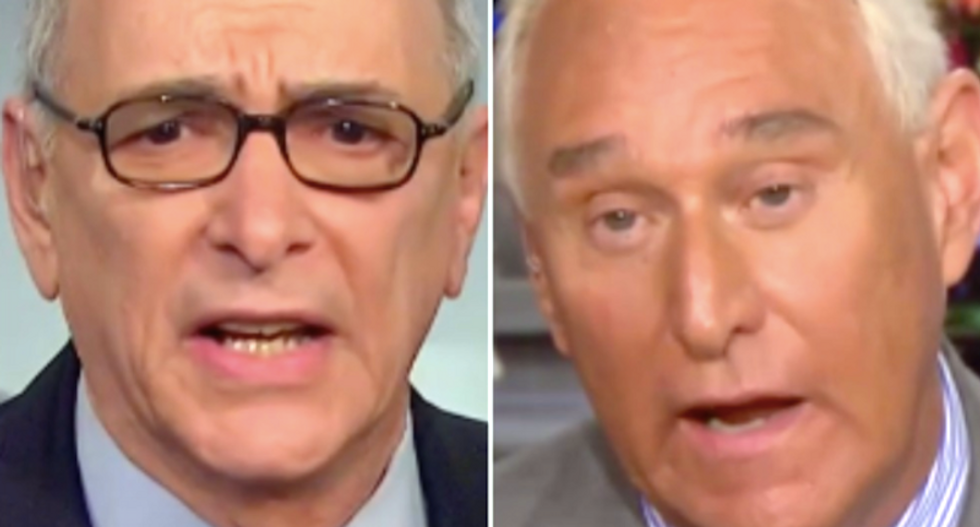 A former Watergate prosecutor smacked down claims made by Roger Stone Jr. -- the Republican "dirty trickster" and longtime friend of President Donald Trump -- about the burglary that eventually brought down former President Richard Nixon.

Stone, who is under investigation for alleged collusion between Russia and the Trump campaign, told MSNBC's Ari Melber that Nixon was the victim of a vast conspiracy involving the CIA, the Pentagon and others -- but his claims were immediately dismissed by one of the attorneys who prosecuted the case.

"That is absolute nonsense," said Nick Akerman, who assisted the special prosecutor during Watergate. "This is the same garbage I was getting from Charles Colson when he was claiming to be a cooperator after he plead guilty. He blamed Henry Kissinger for all of Nixon's problems, and took everything out in Henry Kissinger."

Stone started shouting wrong, punctuating his comments with chopping hand gestures, and Akeraman accused him of working with Russian hackers to interfere with the presidential election on Trump's behalf.

"That never happened, and you're absolutely wrong -- and you're the man behind this whole business with Trump and with this Guccifer and with the Russians, and you have the nerve to get on television and make these wild accusations, when you're on television before predicting exactly when the WikiLeaks information would come out on Hillary Clinton," Akerman said.

Stone insisted the former prosecutor was wrong, and he offered to publicly debate Akerman some other time, under certain conditions.

"I would be happy to go toe to toe in any public forum he chooses," Stone said. "I suggest we keep it civil, that's all."