Trevor Noah: NRA should 'be losing their goddamn minds about' Philando Castille -- but he's black 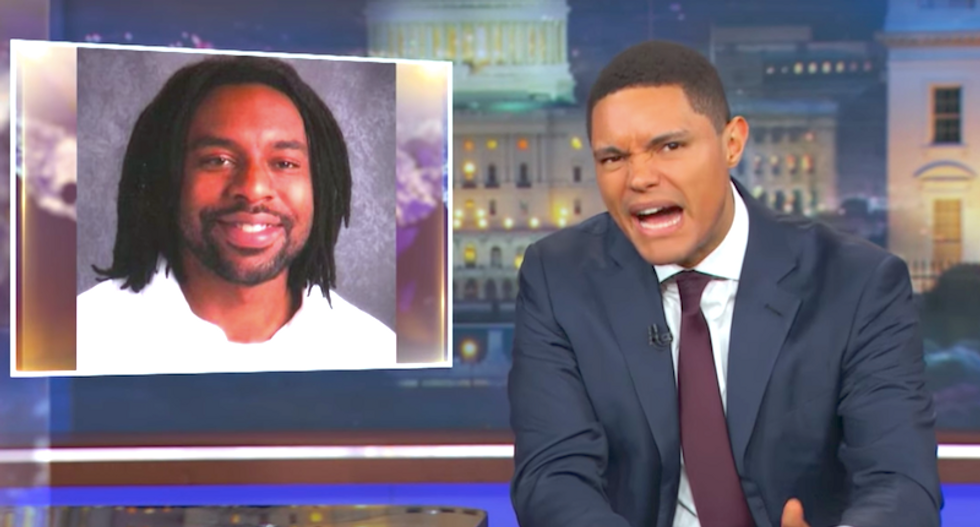 Trevor Noah blasted the NRA for remaining silent on the police killing of licensed gun owner Philando Castile, who was fatally shot during a traffic stop that was streamed live on Facebook.

A Minnesota police officer, Jeronimo Yanez, was acquitted last week in Castile's death, and newly released dashcam video shows the fatal shots came six seconds after the black man notified the officer he had a gun -- which he was legally carrying.

"Every time I watch that video, the question I ask myself is, 'How?' -- just how," Noah said. "How does a black person not get shot in America? Because, if you think about it, the bar is always moving. The goalposts are always shifting. There’s always a different thing that explains why a person got shot."

The "Daily Show" host turned his attention to the NRA, the powerful lobbying organization for gun manufacturers, which has remained silent about the slaying of this particular legal gun owner.

"In a story of a man being shot because he was lawfully armed, you would think that one group — one powerful group in America — would say something about this," Noah said. "There is one group you’d expect to be losing their goddamn minds about this -- the NRA.

"But for some strange reason on this particular case, they’ve been completely silent," he added.