Trump defends his cabinet of billionaires: 'I just don't want a poor person' running the economy 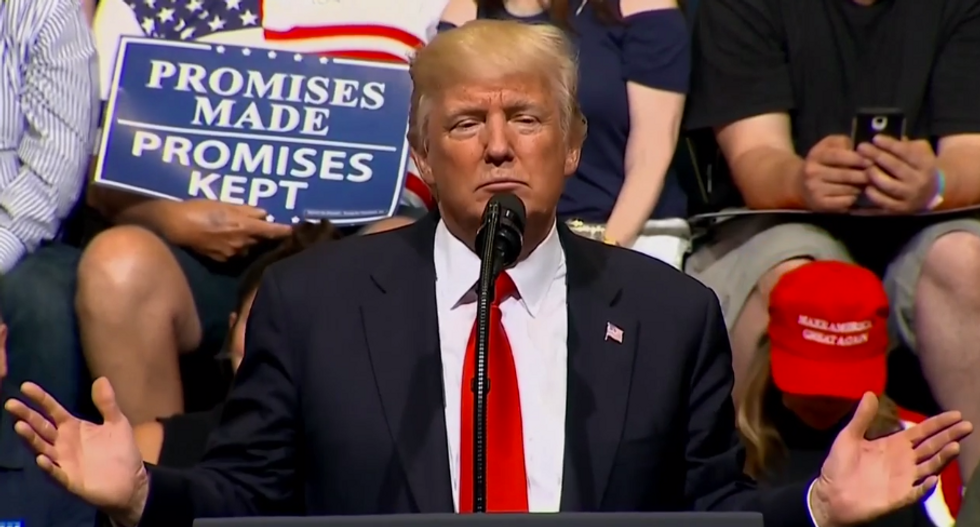 Donald Trump on Wednesday defended his decision to appoint cabinet members with significant personal wealth, arguing he doesn’t “want a poor person” in charge of the economy.

Trump was speaking about Gary Cohn, a former Goldman Sachs banker the president appointed as his chief economic advisor—despite promising to “drain the swamp” during his presidency.

"I love all people,” Trump said during a campaign-style rally in Cedar Rapids, IA. “Rich or poor. But in those particular positions I just don't want a poor person. Does that make sense?”

Trump has received significant criticism for his appointment of Cohn, as well as Secretary of Commerce Wilbur Ross. Although he ran on a populist platform, Trump’s cabinet has a combined net worth of $6 billion.