'Unless you're 7 or younger -- stop it': Seth Meyers ridicules Trump for reminding the press about his birthday 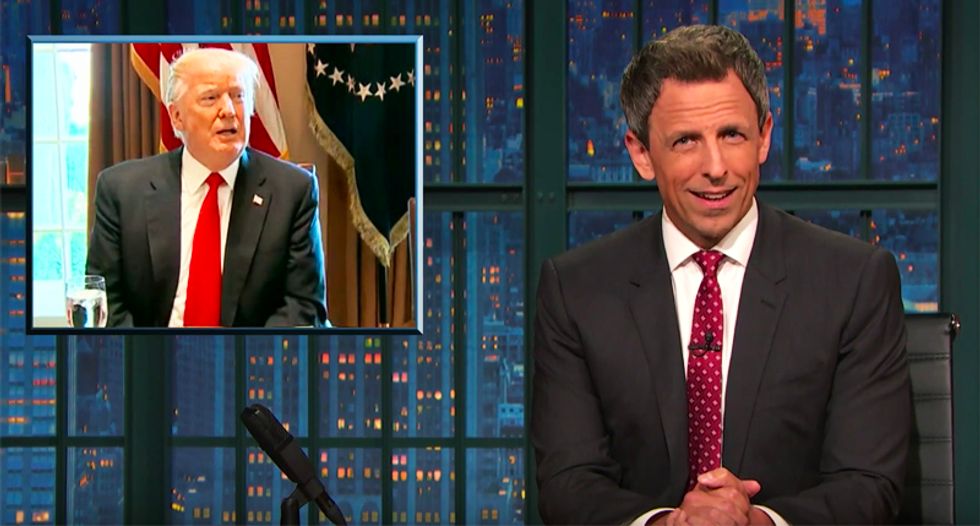 Tuesday night, "Late Night" host Seth Meyers got in his regular jabs at President Donald Trump while reminding his audience that he wakes up every day saying, "Really?" when he remembers who the president of the U.S. is.

Using Trump's televised meeting with his fawning cabinet members as a springboard, Meyers called out Trump for making a reference to his upcoming birthday this week as a point of reference when as reminisced about announcing he would run for office last year.

"Unless you're seven or younger, stop telling the people when your birthday is," Meyers admonished Trump, before mimicking the president.

"June 14th, that's my birthday, " Meyers said in Trump's voice. "That's my special day, So, hopefully there will be presents of some kind. Because it's my day."