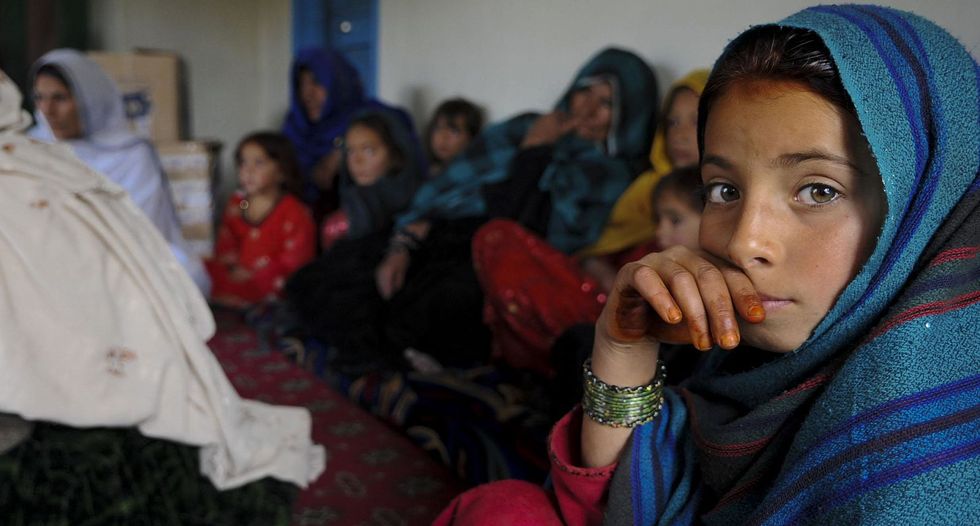 Six Afghan girls who are members of an all-female robotics team were denied a one-week travel visa to participate in an international robotics competition in Washington D.C., Forbes reports.

The Team Afghanistan teenagers hoped to visit the United States to escort their ball-sorting robot, which was set to participate in the inaugural FIRST Global Challenge, an “Olympics-style” international robots competition that encourages “high school students with different backgrounds, languages, religions, and customs” to get involved in STEM.

Instead, the robot—which the girls assembled despite having their raw materials ‘held up in customs for months … amid fears over ISIS’ use of robots in the battlefield”—will be coming to the United States without the teens who created it.

As Forbes reports, the six young women “risked a 500 mile trek cross-country” from Herat to Kabul to try and secure their visas. The State Department declined to comment on the denial.

Roya Mahboob, Afghanistan’s first female tech CEO, told Forbes the girls “were crying all the day” after they received notice they would not be present to watch their robot compete among other young tech wizards.

“It's a very important message for our people” Mahboob said. “Robotics is very, very new in Afghanistan.”