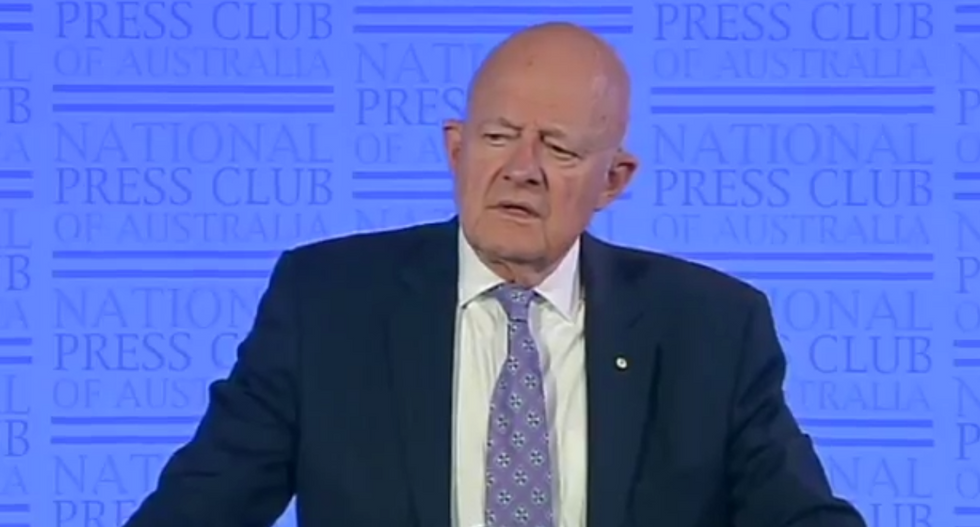 Speaking at Australia's National Press Club on Wednesday, former Director of National Intelligence James Clapper argued the Watergate “pales” in comparison to the current investigation into Russian interference in the 2016 presidential election and possible collusion with Donald Trump’s campaign.

“I lived through Watergate,” Clapper said of the multiple scandals engulfing the Trump administration. “It was a scary time, I have to say though that I think, you know, compare the two, that Watergate pales in my view compared to what we’re confronting now.”

As The Guardian Australia's Paul Karp noted, Clapper did not end his criticism of Trump there ("shirtfronting" is Australian slang for charging at one's opponent):

Last month, Clapper argued the United States is “under assault” by Trump, telling CNN’s Jake Tapper that between Russian interference and the president, out institutions are at risk.

Tapper asked the former director of national intelligence if he was referring to the president when he spoke of an internal assault.