‘Who is this assh*le?’: Joe Biden blasts hedge funder who heckled him during public moment of grief for son 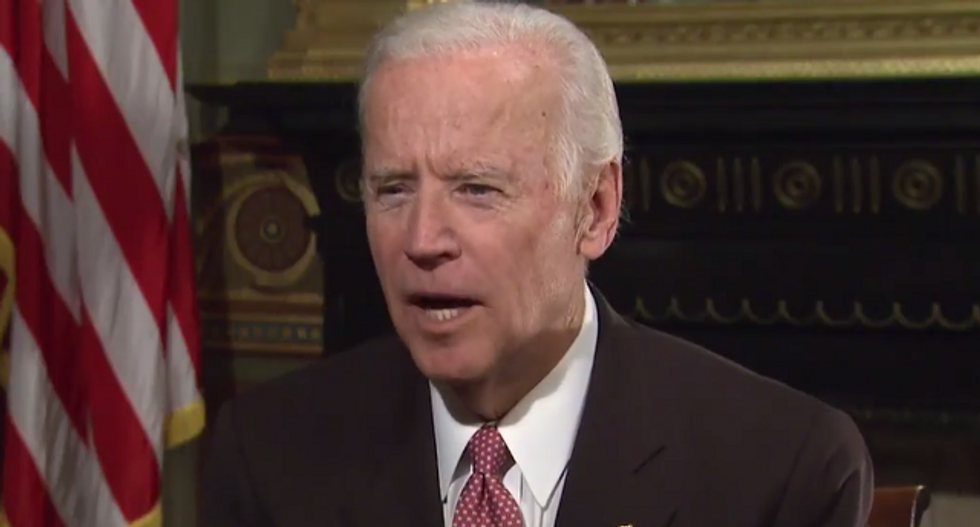 According to Fox Business News, the two spoke at the SkyBridge Alternatives (SALT) Conference, a popular Wall Street conversation among high-rollers started by Anthony Scaramucci. Biden and Ackman were both speaking at the event.

During Biden's speech, he commented on former Secretary Hillary Clinton and the 2016 election.

Later during a private VIP dinner, the question came up about why Biden didn't run in 2016. Former Gov. Jeb Bush asked, "why didn't you run?"

Biden — who has been especially close to his family since losing his wife and infant daughter in a 1972 car accident weeks before he was sworn into office as a senator — became emotional and ultimately said “I’m sorry … I’ve said enough.”

“Why? That’s never stopped you before!" Ackman blurted out.

That's when things got tense, according to those present.

"Who is this assh*le?" Biden asked. “Look, I don't know who you are, wise-ass, but never disrespect the memory of my dead son!”

Sources say that Ackman tried to apologize but Biden stopped him, "just shut the hell up."

Ackman's spokesperson disputed “the idea that there was an argument or altercation between Joe Biden and Bill Ackman.” Adding, “Bill had a great time at the dinner and enjoyed spending time with the former vice president.”

Sources dispute the account, however, saying "Biden was in rare form," and noted, "I can't believe it has never leaked out."

Ackman's main investments include stocks in Herbalife and Valeant Pharmaceuticals, which was once caught hiking drug prices and using a specialty pharmacy for some of it's drugs. Stock in the company fell nearly 90 percent.

Ackman’s Pershing Square hedge fund has struggled through the last three years and was down 13.5 percent.

According to a May survey by the Democratic firm Public Policy Polling, Biden would beat President Donald Trump by 14 points.