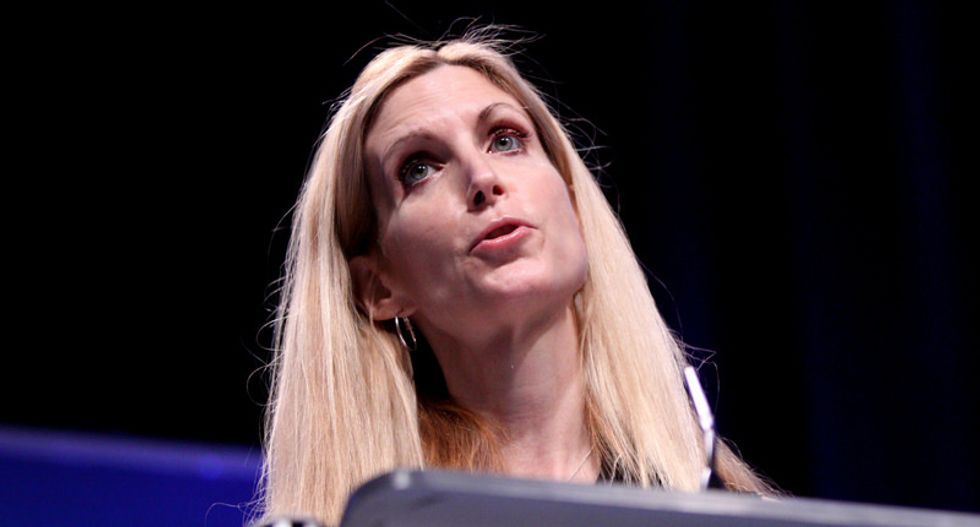 An ultra-conservative reading list required by one Alabama school is raising eyebrows and raising concerns among parents.

The right-wing frequently accuses the schools of kowtowing to leftists politics by teaching things like science instead of religion and demanding youth refrain from reading classic literature that depicts a racist American history. But according to AL.com, it's the far right that is demanding schools teach their philosophies.

The Baldwin School Board is getting involved after a summer reading list was given to students at Spanish Fort High School by teacher Gene Ponder. The list mandates that students choose one of the books from the list, which range from Rand Paul books to Ann Coulter. It also has Michael Savage's 2006 book, Liberalism is a Mental Disorder listed as an option.

While political or controversial books aren't unheard of, particularly in upper-level Advanced Placement classes, they're typically taught alongside the contrasting view point. For example, The Bible is often taught with Edith Hamilton's Mythology. That was not the case here.

Elizabeth Denham, whose son was in the AP class, posted the reading list on her Facebook page and blog saying that she contacted the school out of concern.

"I encourage my children to read things they disagree with," she explained. "To listen to those with opposing perspectives. To be open to ideas other than theirs, but to stand up for their beliefs respectfully. This list did not encourage that philosophy. It presented one side. And one side filled with pop culture personalities who spew hate and rhetoric - not intellectual, respected authors who offer well-educated ideas from different points of view."

While the board has received complaints, Baldwin County school board member David Cox doubted board members will care much.

"Generally speaking, I would think that needs to be left up to the individual school with the direction of the superintendent," Cox told AL.com. Though he admitted he hasn't reviewed the complaint.

The school board president -- who actually lives in the town refused to comment.

Superintendent Eddie Tyler told the media this week that he did have a copy of the complaint and would review it.

You can see a copy of the complaint sent by parent Julia Coccaro below, which is concerned with more issues than just the book list. It includes the censorship of a yearbook section that removed the coming-out story of an LGBT teen and an incident in which a driver’s education teacher who spent an entire class period discussing his personal religious beliefs.

"It is also concerning that the superintendent was unable to bring himself to condemn books with titles like 'Liberalism is a Mental Disorder' when there are both liberals and students with mental illness attending classes within the Baldwin County School District," the complaint explains. "The parents and students of Baldwin County expect more from our superintendent."

Conservatives have criticized liberals as being "snowflakes" for their concerns over right-wing, white nationalists and Nazi speakers, however, over and over they oppose what they perceive to be liberal dogma in public schools. In 2015 a Captain Underpants book was banned from a school for having a gay character.

According to the American Library Association, in 2016 they documented 323 attempts to ban books. One had young transgender characters and a series of books by accused rapist Bill Cosby. The vast majority of the books requested for ban contain LGBT related material. In March of this year, a Republican lawmaker in Arkansas sought to ban all Howard Zinn books from public schools. Zinn is known for discussing historically accurate cases of those in the U.S. leaders often oppressed including slaves, women, Native Americans and others.

During the 2015-2016 school year many progressive speakers were banned as well. Transgender-rights activist Janet Mock was protested but not because of the content of her speech, because the Jewish student group Hillel co-sponsored the lecture.

Conservatives also led a national meltdown after a performance art photo was posted by comedian Kathy Griffin showing President Donald Trump's bloody head. She was later blamed by conservatives for the shooting at the GOP baseball park. Similarly, alt-right activists, unaware of the play's message, seized the stage at the New York Theatre during a production of Shakespeare's Julius Caesar because the character wore a suit and looked like Trump.

You can read the full complaint from Coccaro below:

The co-hosts of "The View" shredded Gov. Ron DeSantis (R-FL) during their Wednesday show as he is blocking state universities from teaching anything involving people of color or diversity. His methodology is that because it will be illegal to teach classes like African American history and other topics, it would be useless to get a degree in those studies.

Two Memphis officers charged with murder in the fatal beating of Tyre Nichols have received reprimands in connection with forcible arrests in the past, according to a new report. Tadarrius Bean, Demetrius Haley, Emmitt Martin III, Desmond Mills Jr. and Justin Smith were all fired and charged with a slew of felonies — including second-degree murder — following the Jan. 7 traffic stop that resulted in Nichols’ death. They’re accused of beating, pepper-spraying and tasing Nichols after they pulled him over on suspicion of reckless driving. Nichols died at a hospital three days later. He was 29. A...