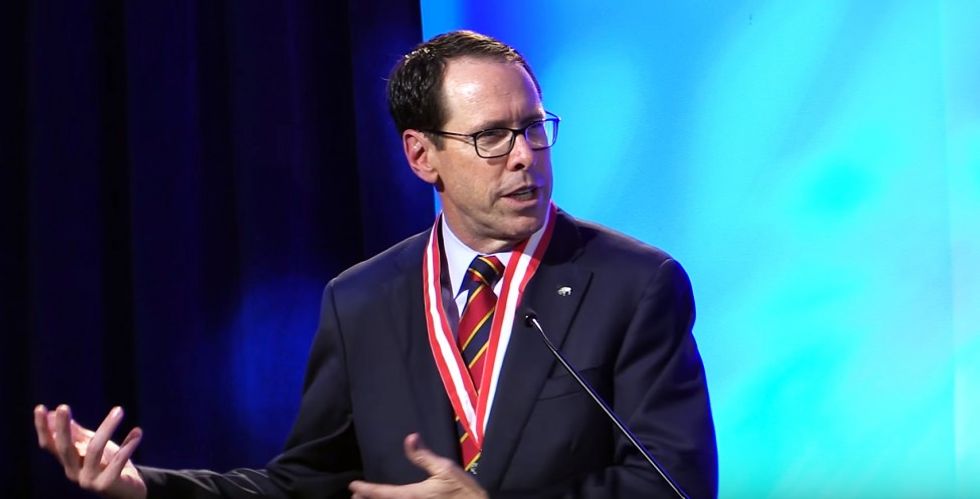 The Boy Scouts of America have been criticized by some for their "weak" response to President Donald Trump's highly politicized speech this week before the Boy Scout Jamboree in which he got thousands of scouts to boo former President Barack Obama.

As a new report from QZ notes, the president of the Boy Scouts of America has tens of billions of reasons to not more forcefully criticize the president's speech at the Jamboree, as it could hurt his chances of getting his company's mega-merger approved.

AT&T CEO Randall Stephenson became the president of the BSA just over a year ago, and at the moment he is seeking approval from the Trump administration to sign off on a proposed $85 billion acquisition of media company Time Warner, Inc.

"The [Department of Justice] is currently conducting an antitrust review, which evaluates how the deal would affect competition in the industry," writes QZ. "The process is supposed to be private and apolitical, but there are concerns in Congress that president Trump is trying try to influence it."

Among other things, members of Congress have expressed concern that Trump would approve the merger only on the condition that Stephenson order CNN --which is owned by Time Warner -- to give the president more positive media treatment.

Stephenson has repeatedly lobbied the president on behalf of the AT&T-Time Warner merger in the form of both regular phone calls and even a visit to Trump Tower last year during the presidential transition period.