'Bye Felicia!': Olbermann bids Scaramucci farewell as he returns to the 'bilge water' he came from 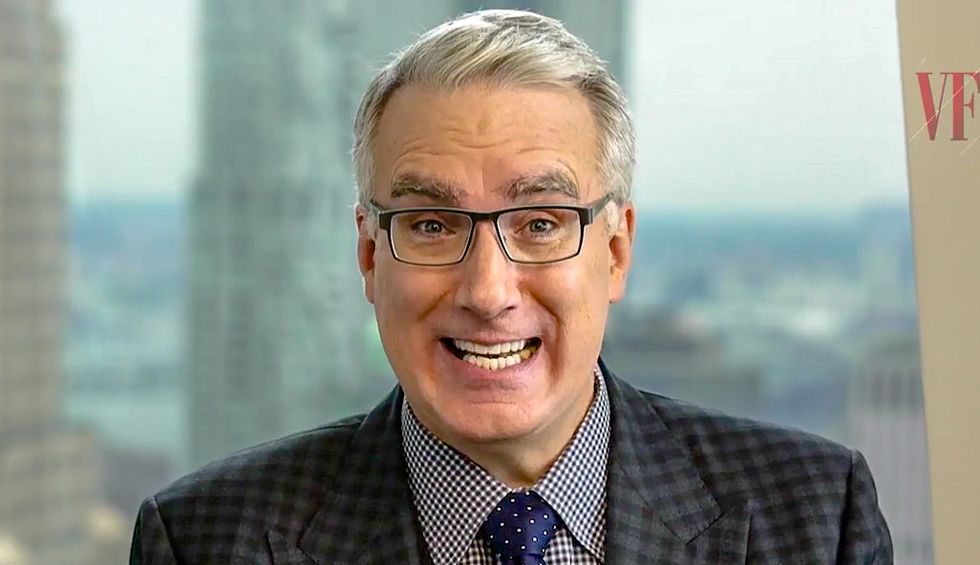 In the latest installment of "The Resistance," host Keith Olbermann makes very plain exactly what he thinks about the abrupt firing of the White House's short-lived communications director.

"For all the evil and machinations and scandal inside the Trump administration, history may decide that this man, this guy playing the Joe Pesci in a bad road company edition of Goodfellas, he will be emblematic of the flotsam and jetsam that rose up from the bilge water of this country to serve this wretched president," he continued.

His reason for firing the new communications director is "another indication of Trump's supreme personality trait: utter lack of self-awareness," Olbermann declared.

He went on to call Scaramucci's firing before his official start date "a neat trick" that he blamed on the "labyrinthine personnel process of the White House."

Though exact details on why and how Scaramucci was fired remain scant, the predominant narrative claims that the decision was undertaken by Trump's new chief of staff, Gen. John Kelly, and that it was yet another attempt to "clean house" in this chaotic administration.

"Pick your cliche," Olbermann said of Kelly's attempts to clean house. "Trying to put the toothpaste back into the tube, or the Scaramucci back into the Fandango or the chaos back into Pandora's box."

"Gen. Kelly has succeeded only in underscoring that this is an administration constructed entirely out of chaos," Olbermann said. "You do not counter-effect the sense of instability by firing a communications director no matter how unsuited for the job, before his official start date."

Watch Olbermann wax poetic on Scaramucci as a symbol of the chaos of the White House below.