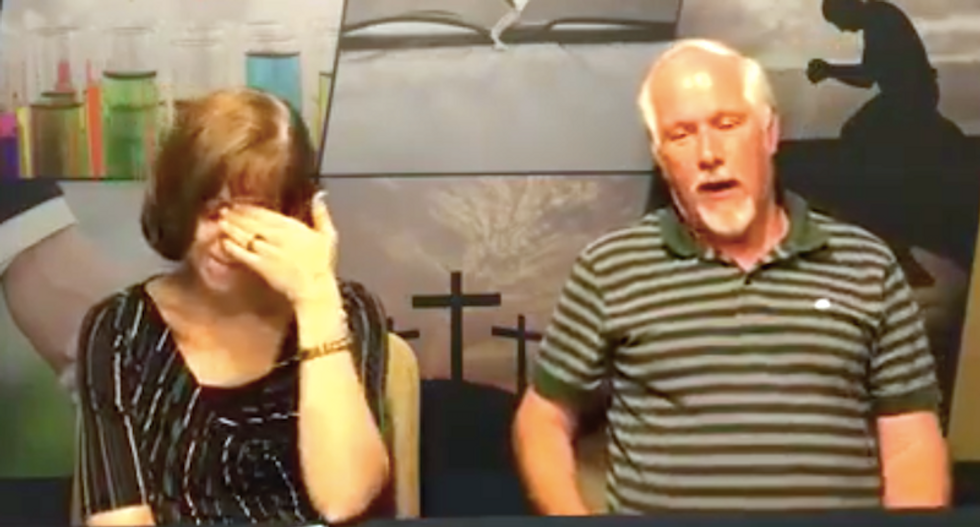 Some creationists are mocking flat earthers for taking the Bible too literally.

The Friendly Atheist blog flagged a video produced by Answers in Genesis featuring scientists Georgia Purdom and Danny Faulkner, who laughed out loud at theories floated by people who believe the world is actually flat.

"For instance, Jesus said, 'I am the door,'" Faulkner said. "Well, did he have hinges? Did he have a latch on it? Did he have a handle? Of course not. We understand that it’s not a literal door. So nobody really believes that the Bible’s completely literal."

Purdom, a molecular geneticist, agreed the Bible should be read as written and not taken literally.

"I don’t know anyone that does that," she said.

"I want to point out that these arguments that people put forth today for the flat earth, supposedly from the Bible, don’t come, historically, positions of the church," Faulkner said. "The church never argued these points from scripture. This all arose in the 19th century. Surprisingly enough, these arguments that Flat Earthers are using, supposedly from the Bible to support Flat Earth, are ones that were put forth from the skeptics and the atheists in the 19th century, trying to bring disrepute upon the scripture, showing it’s not authoritative."