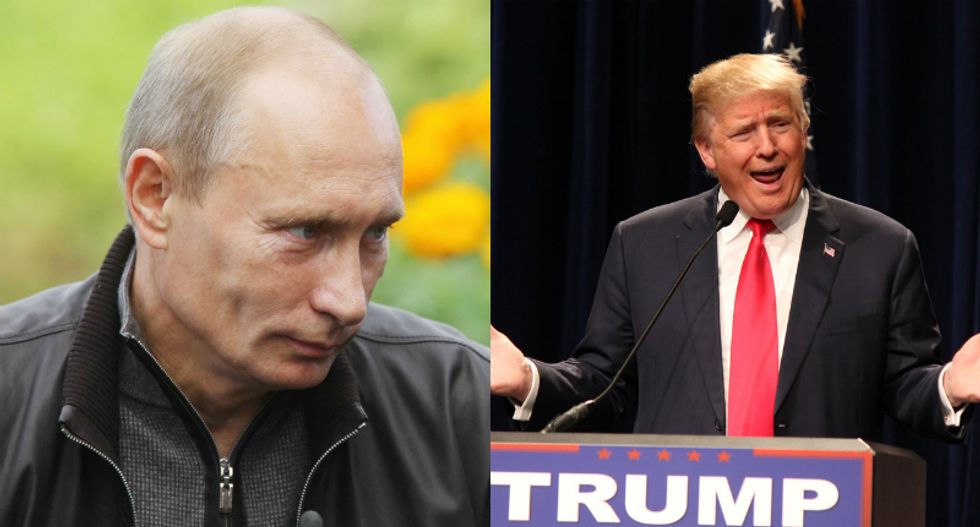 U.S. President Donald Trump and Russian President Vladimir Putin will have their first face-to-face meeting next week as heads of state and each man will be bringing a competing set of agendas to the table, according to CNN.

Trump, advisers told CNN, hopes to drive the agenda for the meeting, although there is no fixed schedule of topics. Aides say Trump hopes to focus primarily on the conflict in Syria and -- to a lesser extent -- Russia's incursions into Ukraine.

It's not expected, CNN said, that Trump will bring up the question of Russian meddling in the 2016 election, a topic he has thus far evinced little interest in.

Putin, for his part, is probably not eager to discuss the topic, either, or what role Russian hackers played in ransacking servers belonging to the Democratic National Committee (DNC) and the dissemination of the purloined documents to Wikileaks.

Putin has long maintained that Russian activity in Crimea is not an attempt to recapture lands ceded back to Ukraine after the collapse of the Soviet Union, but a tactical operation designed to protect pro-Russia elements in the region.

"The meeting also will provide the two men an opportunity to size each other up in person for the first time," CNN said, "an interpersonal dynamic that officials said was likely to determine the direction of the session."

Most likely, Trump will be angling for any coverage to distract from his disastrous last few days on Twitter, which have seen him engaging in nasty personal attacks on media figures and -- some critics say -- calling for violence against reporters.