Ex-intelligence officer: Trump’s new chief of staff ‘might have to tackle him’ to stop a nuclear war 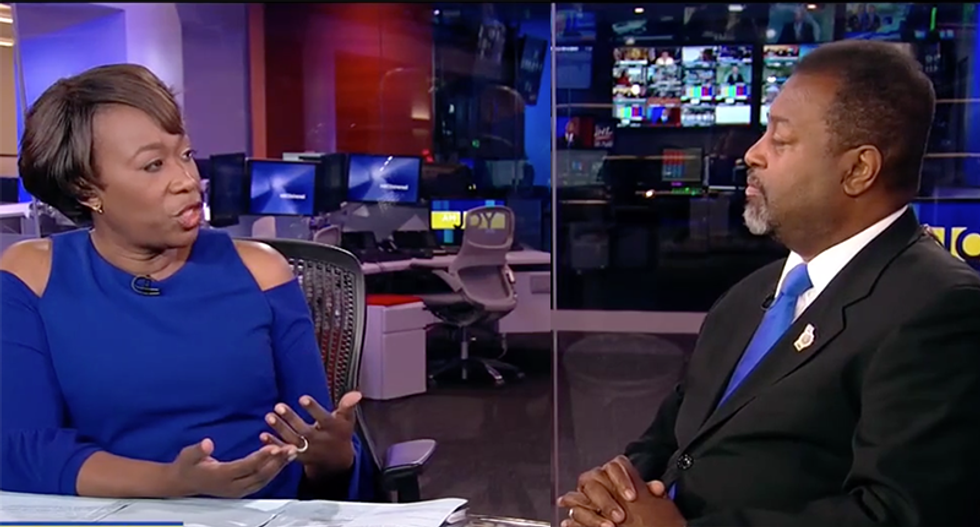 Former United States Navy senior Chief Petty Officer Malcolm Nance knows a thing or two about the chain of command and he think's that's why President Donald Trump is infatuated with hiring generals.

Host Joy Reid noted that it speaks to a larger conversation that Trump prefers the "trappings of an authoritarian leader" like Kim Jong Un or President Rodrigo Duterte of the Philippines.

Nance said that Gen. John Kelly will likely "fall in line" when he begins work in the Oval Office on Monday. As a Marine, Kelly is accustomed to following chains of command, certainly the commander in chief.

"He feels that generals give him that steel in his back and will get things done for him that he chooses to do," Nance explained. "He does not want to fit the role of a president of the United States. He wants to be a CEO of a Trump corporation and he is going to put people behind him that will crack the whip."

He brought up the developments in North Korea, saying that if Trump decides "he's going to burn that program out of the ground with perhaps a nuclear weapon, well these generals are going to have to be the ones that have to consequences of that, because his consequence management skills are null."

While Kelly will follow the chain of command, Nance said that Kelly "might have to be the guy who tackles him" before poor decisions are made like getting into a nuclear war with North Korea.

Kelly 'might have to be the guy who tackles him... by sarahburris