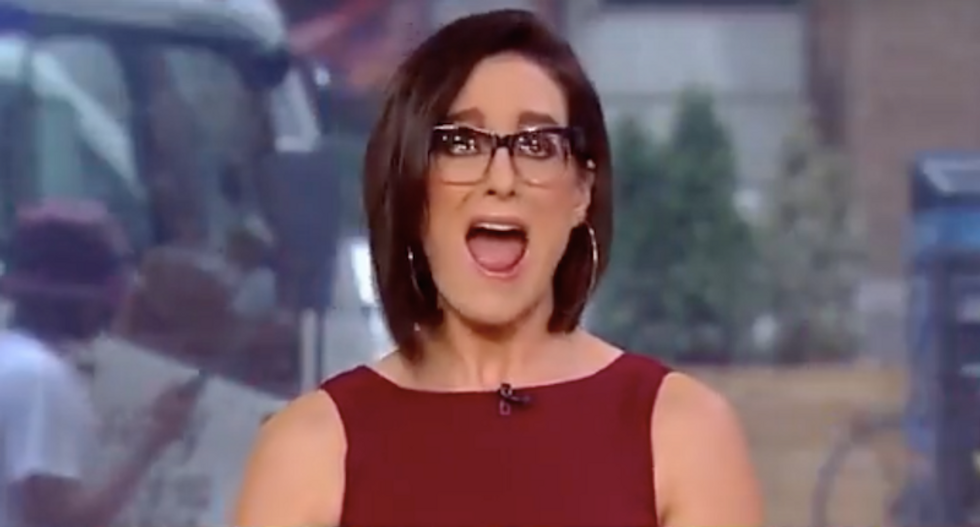 A Fox News host suggested there may have been more than eight people in the June 2016 meeting between Donald Trump Jr. and a Russian lawyer.

The network reported that the eighth person has been identified as Ike Kaveladze, an associate of Russian real estate magnate Aras Agalarov, and panelists on "Outnumbered" reacted with both shock and lack of interest.

"So what?" said contributor Herman Cain, a 2012 Republican presidential candidate. "They have these names I can’t pronounce -- so what?"

Co-host Harris Faulkner said the White House should have revealed all those names after news of the meeting broke earlier this month, instead of letting it dribble out bit by bit.

"Then-candidate Mr. Trump, whether he knew about the meeting or not, had every right through his team to find out whatever opposition research he could, just like any other citizen does, as well, who would run. The drip-drip in all of this has turned out to be unfortunate."

Faulkner wondered if Kaveladze would still be a story in two weeks, and the panelists agreed they rarely run into viewers who are interested in the Russia story -- but one co-host argued they should be more skeptical of the Trump denials.

"First of all, I'm sorry to be the lone skeptic on the couch," said Lisa Kennedy Montgomery. "But I'm skeptical of politicians, I'm skeptical of people seeking power -- and I think the fact that this story has changed, and now miraculously there's been cell division and there were eight people in the room. How do we know there weren't more? How do we know they didn't get dirt on Hillary Clinton? (Just) because something is constitutional doesn't mean that it's right."

"I'm sorry if I think that it's wrong for either side to be getting dirt on an opponent from foreign governments like Russia and Ukraine," she added.

The discussion then turned to their shared agreement that both Trump and Clinton were engaged in similar dealings with foreign governments, and co-host Melissa Francis reminded viewers of the Democratic candidate's "bleached and smashed" emails.

I think we're getting a very ugly education about what goes on in these various campaigns," Francis said.