'Get ready to have war': Trump fan threatens Muslims with 'billions of camel jockey-piercing rounds of ammo' 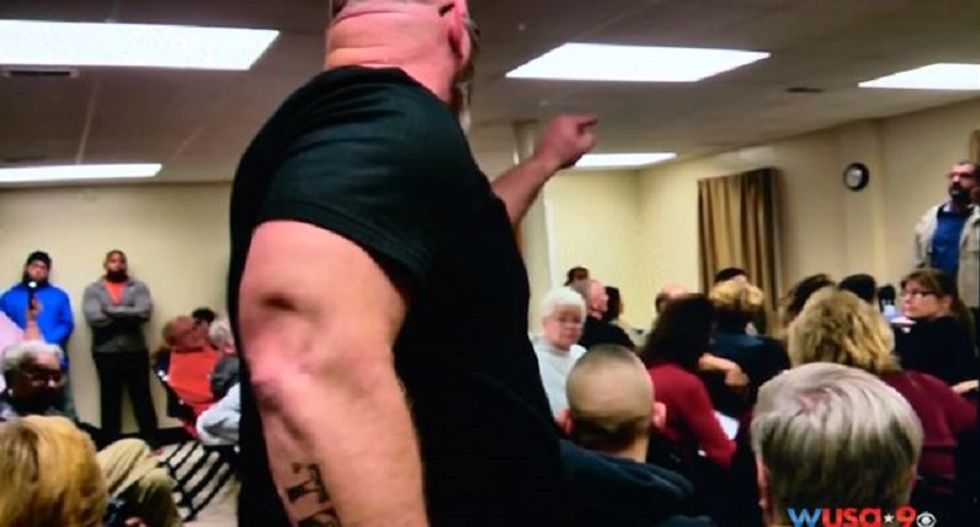 "The Minnesota chapter of the Council on American-Islamic Relations (CAIR-MN) has asked the FBI to investigate a threatening e-mail warning that 'millions of patriots are armed to the teeth," the Star Tribune reported.

"You have mistaken European white males patience for weakness," Minnesota Public Radio reported. "Get ready to have a war."

In a press release, CAIR elaborated on the content of the email from a Trump supporter (grammatical errors maintained):

Hey there Muslim PIG SWINE. We MILLIONS upon MILLIONS of PATRIOTS, armed to the teeth with HUNDREDS of millions of weapons, with literally over 50 BILLION rounds of horrific, violent camel jockey piercing rounds of ammo. We have a LEADER in the White House, now standing for JUDEO-Christian values. . .You have mistaken European White Males patience for weakness. Get ready to have a war. . .

The threats were especially concerning given the history of anti-Muslim violence in the area.

"Earlier this year, a 57-year-old man was sentenced to 12 months in prison for threatening to blow up the Tawfiq Islamic Center in Minneapolis in 2015, " Minnesota Public Radio noted. "In May, a jury found Anthony Sawina guilty of shooting and wounding two Somali-American men in Minneapolis who were on their way to prayers after playing basketball."

"This type of threat targeting American Muslims, their institutions and their leaders is becoming increasingly common," CAIR-MN Executive Director Jaylani Hussein worried. "It should be investigated as a hate crime by law enforcement authorities and repudiated by state and national leaders,"