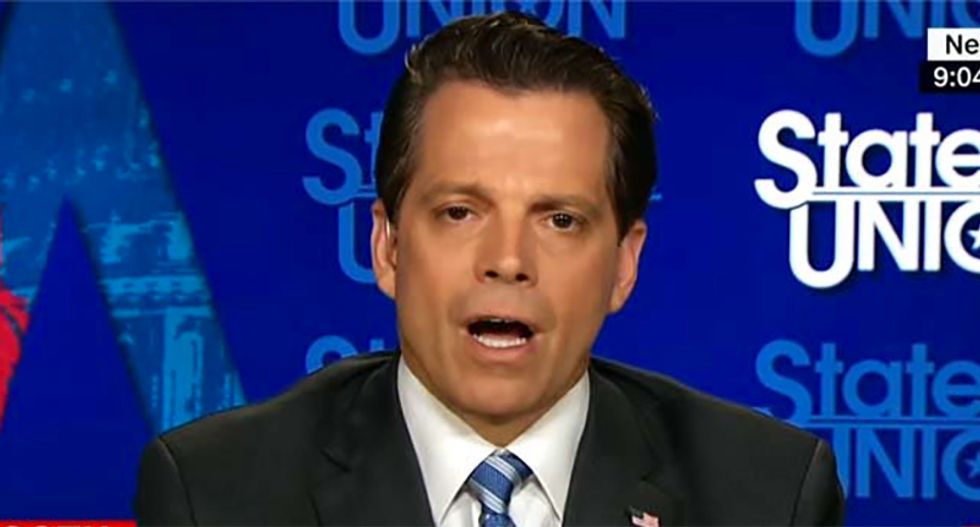 Scaramucci phoned into CNN for a lengthy and verbose interview, where he ranted against White House leakers as disloyal leakers -- and Wilson wondered if he had been snorting cocaine before going on TV.

"Does anyone else think Scaramucci might be hoovering up a little Bolivian marching powder before these manic interviews?" Wilson tweeted.

Wilson wasn't the only Twitter user to pose a similar question.

Trump's new distraction technique seems to be loading up scaramucci on cocaine and handing him a phone. https://t.co/AxEmwAwxmQ
— Chris Gannon 🌺 (@Chris Gannon 🌺)1501158647.0