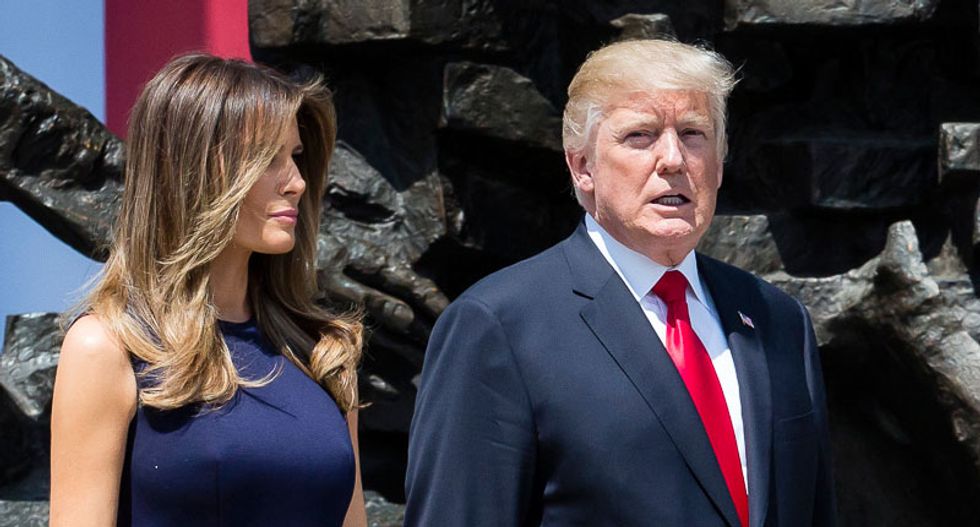 As usual, the latest news dump proves that all roads may indeed lead to Russia.

According to the New York Times, investigators are looking into President Donald Trump's relationship to Germany's Deutsche Bank over huge loans the bank gave to Trump throughout their two decade-long relationship.

The bank has been in contact with both financial industry regulators and federal investigators regarding "hundreds of millions of dollars in loans made to Mr. Trump’s businesses through Deutsche Bank’s private wealth management unit."

According to the Times, sources close to the bank also say they intend to cooperate with Special Prosecutor Robert Mueller in his Russian collusion investigation as well.

Below the surface of the bank's official relationship with Trump, the report noted, is an even more complicated web of institutional ties with both Vnesheconombank, the Russian state bank implicated earlier this year in the investigation into Trump's possible collusion with Russia, and VTB bank, an even larger bank that's come under similar scrutiny. Deutsche Bank has a "cooperation agreement" with Vnesheconombank and murkier ties to VTB.

The waters get muddier still when it comes to possibly-coincidental ties Trump has to other Deutsche Bank allies.

"Josef Ackermann, Deutsche Bank’s former chief executive, is now chairman of the board at the Bank of Cyprus," the report noted. "A large shareholder of that bank was Dmitry Rybolovlev, the Russian oligarch who purchased Mr. Trump’s estate in Florida."

Furthermore, "in May, federal prosecutors settled a case with a Cyprus investment vehicle owned by a Russian businessman with close family connections to the Kremlin. The firm, Prevezon Holdings, was represented by Natalia Veselnitskaya, the Russian lawyer who was among the people who met during the presidential campaign with Donald Trump Jr. about Hillary Clinton."