'It is what it is': Nikki Haley admits Trump knows Putin lied to him about Russian meddling in the election 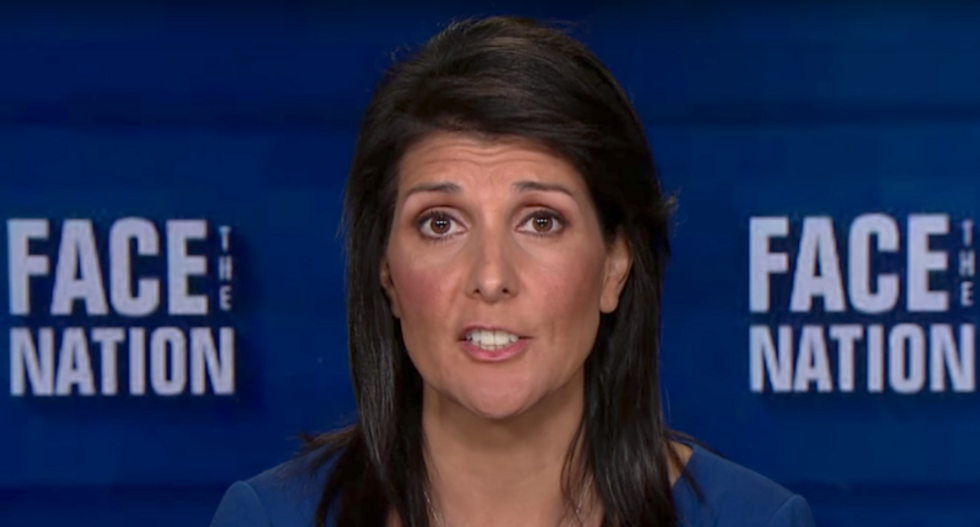 Appearing on Face The Nation, UN Ambassador Nikki Haley washed her hands over the back and forth over between President Donald Trump and Russian leader Vladimir Putin, saying there was mutual deception going on.

Speaking with host John Dickerson, the former governor of South Carolina was fairly blase about the meddling conversation between the two leaders despite the fact Trump has continued to assert that countries other than Russia may have attempted to sway the election towards him.

Dickerson tried to pin down the Trump appointee on what consequences Russia will face.

"Not just Russia, any country needs to know that there are consequences when they get involved in our elections," Haley claimed, without citing interference by any other country or listing consequences.

Again, Dickerson tried to get the UN Ambassador on record as to the nature of the consequences Russia will face.

"I think you're going to have to ask the President," Ambassador Haley deflected.