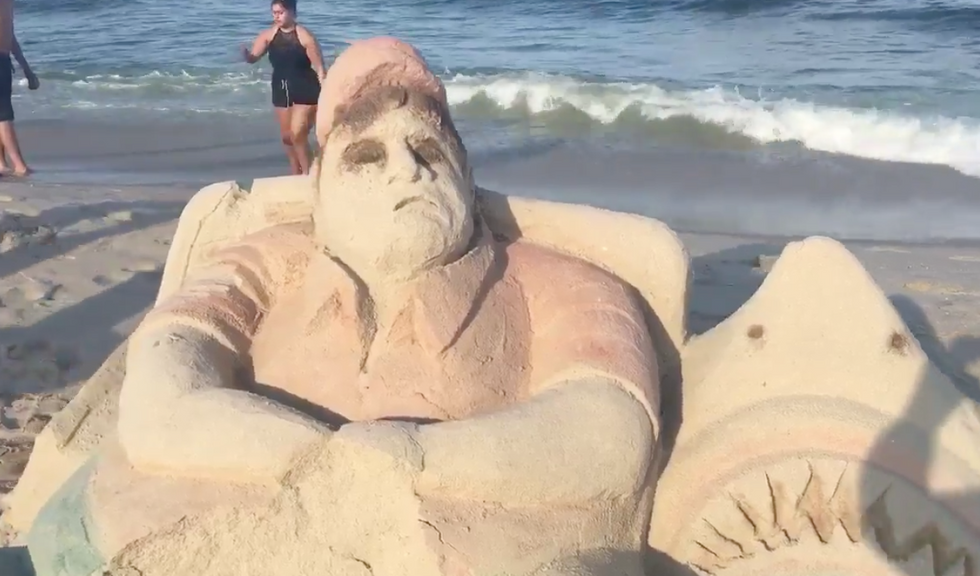 New Jerseyites are having some fun at their governor's expense after he was photographed with his family lounging on a closed beach in a state park on Sunday.

In addition to being hilariously photoshopped into memes that spread far and wide over the long weekend, now Gov. Chris Christie has been depicted in a giant sand sculpture at the Seaside Heights beach at the Jersey shore, the Hill reported.

Christie has remained defiant in the face of statewide anger that the governor used a state park beach for his own private pleasure while the state languished in a government shutdown due to a squabble between Christie and Democrats in the state legislature.

In New Jersey, Christie's approval rating has hit rock bottom, plunging to the lowest level of any governor in the history of Quinnipiac polling of U.S. governors. Pundits speculate that his latest stunt will take his approval rating down to single digits.