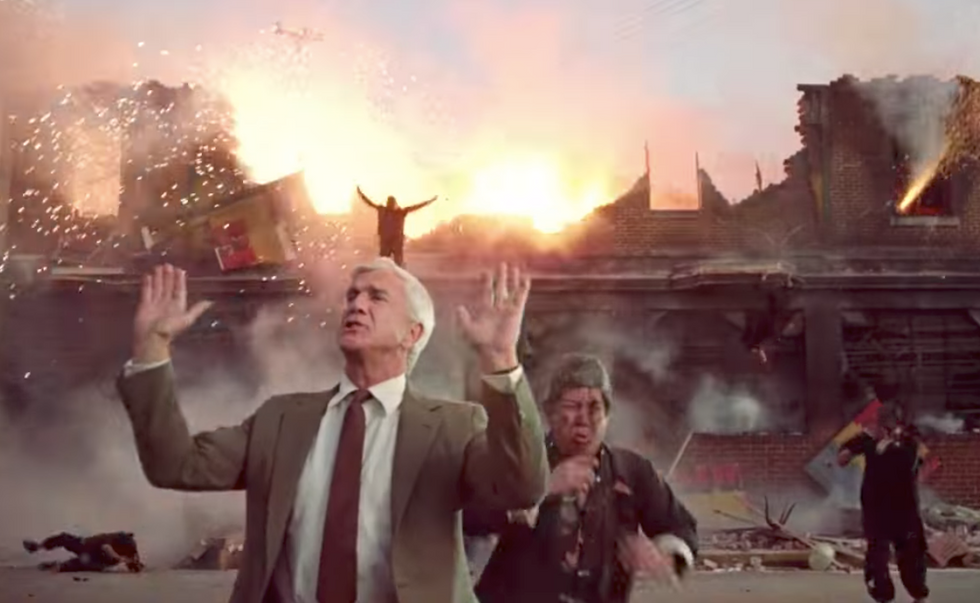 A scene from the 1988 comedy "The Naked Gun" (Screen capture)

White House legislative director Marc Short delivered the Trump administration's press briefing on Wednesday and made a joke that might come back to haunt President Donald Trump and other staffers ensnared in the Russia investigation.

Short assured the assembled media that the U.S. Senate's "Trumpcare" bill is going to succeed, in spite of the fact that too many senators have thrown up their hands and walked away from the bill.

"We're confident we'll get this bill passed," Short said and made a joke about a scene from the 1988 slapstick comedy "The Naked Gun."

GOP Senators who abstain from voting or otherwise fail to support the bill, he said, are like Leslie Nielsen as Detective Frank Drebin when he stands with his back to a scene of raging chaos and tells citizens, "There's nothing to see here, move along,"

Any irony with regards to the administration's insistence that the Russia investigation is a "nothing burger", we assume, was unintentional.