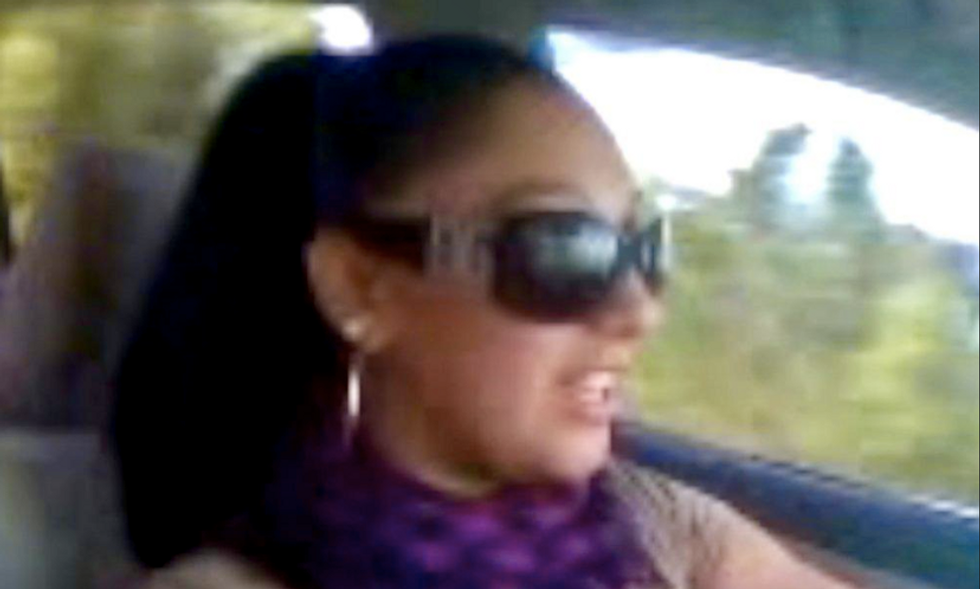 The New York City Police Department has suspended an officer after her former partner posted a video online of the officer encouraging her 2-year-old niece to say the "N-word."

The New York Daily News reported Wednesday that Officer Delinda Giraldo was suspended without pay and ordered to undergo a drug test after the video came to light, one of a series of malicious Instagram posts by Giraldo's former boyfriend Officer Michael Martinez.

Giraldo said Martinez is trying to use the videos to pressure her into keeping silent about the abuse she suffered during their relationship. The videos date back 10 years -- six years before she joined the police force -- she and her legal team said.

In the video, Giraldo's sister's daughter, 2, says the word "ni**ger" while being recorded on video. Giraldo can be heard asking if the child said the word, then tells her to repeat it.

In a different clip, speaking directly to the camera, Giraldo said if people "have a problem" with her saying the word "or whatever," to remember "it’s not that serious."

Her attorney filed a notice of claim this week advising the city that Giraldo plans to sue the police department for $100 million.

“She’s not denying she’s a part of those videos,” said her lawyer, Eric Sanders, who -- the Daily News noted -- is black. “The bottom line is, ‘Who cares?’”

Giraldo's videos went public on Tuesday and she was immediately suspended. However, her battle with Martinez had already resulted in modified duties. Martinez maintains that Giraldo has made bogus domestic abuse claims against him.

In October of 2016, the couple filed cross complaints against each other for assault in Orange County. The charges against Giraldo have been dismissed but Martinez' case is still pending. Giraldo has also filed complaints against Martinez with the Internal Affairs Bureau and has plans to sue Martinez and the police department.

She claims she dated Martinez for two years and during that time, he broke her nose and arm. She further alleges that he choked her and at one point had her "pleading" with him not to murder her.

Her suit against the police department alleges that she was subject to unwanted advances by male officers and was given poor evaluations and difficult assignments by officers acting at Martinez' behest.