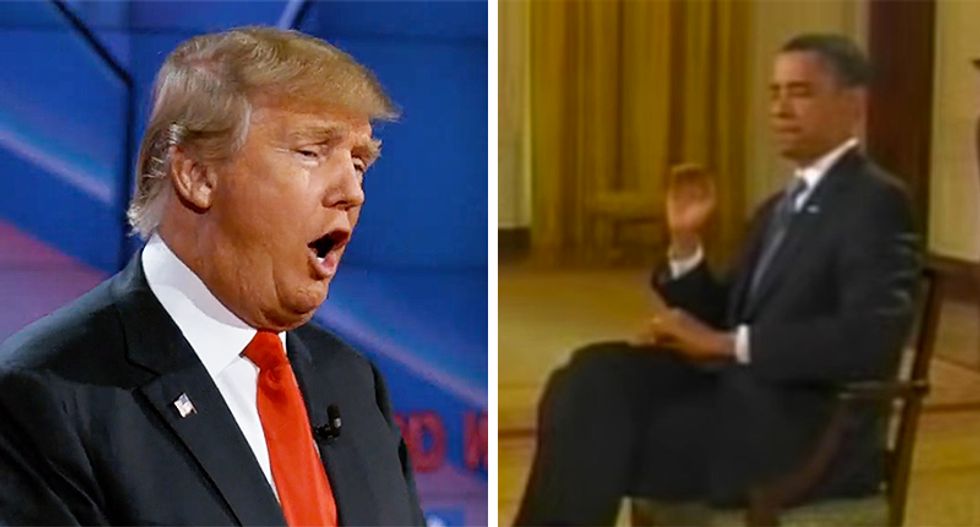 The internet couldn't handle the fact that President Donald Trump used his chief of staff for the purpose of killing insects.

The news broke late Friday that among the many duties as Trump's chief, Reince Priebus was tasked with killing a fly for him. The former head of the Republican Party official lost his job after being asked to leave Air Force One and was abandoned in a car in the motorcade.

In a twist of irony, former President Barack Obama made news during an interview in which he killed a fly that was buzzing around him. The move at the time prompted hilarity about the president's kung fu-like skills.

Here's a video of the incident:

And here are some of the most hilarious tweets of the night:

@ericgeller Alas, he went for the fly instead of the large insect behind the desk. Priebus, the biggest sycophant… https://t.co/s0yqsiouYJ
— blueidaho (@blueidaho)1501299258.0

This literally makes me 🤢. Wouldn't be great if the story took a turn that Priebus followed the instr to kill the f… https://t.co/HG5OZOkS0g
— kathinated (@kathinated)1501299181.0

#Resist The cost of POWER! REVEALED: Trump once summoned Reince Priebus to his office and ordered him to kill a fly… https://t.co/Pk959DEWaX
— Demforever (@Demforever)1501292680.0

Fly swatter in chief? Did the administration also have a minister of mosquito slapping? With #priebus gone; who wil… https://t.co/YRX6S30TGo
— Paul Glader (@Paul Glader)1501288568.0

The Bexar County Sheriff's Office announced Wednesday that they've fired a lieutenant who was at the Jan. 6 attack on the U.S. Capitol, reported KENS5.