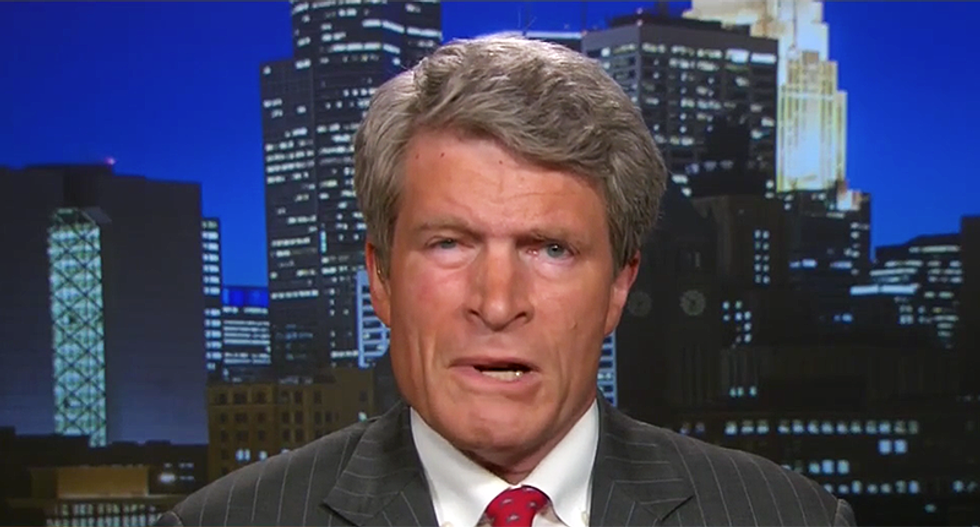 The former ethics czar in the George W. Bush White House blasted the rumors that President Donald Trump will move Jeff Sessions to the Department of Homeland Security.

Attorney Richard Painter explained that no matter how much Trump dislikes the Russia investigation, shenanigans to stop special counsel Bob Mueller would be obstruction of justice.

Guest Kurt Barbella mentioned the rumors that Trump would be moving Jeff Sessions to the Department of Homeland Security.

"That would obviously be a move to kill the Russia investigation," Painter explained. "It would be regarded as criminal obstruction of justice if it then were used to try to terminate Bob Mueller."

But Painter revealed what he sees as the flaw with this rumored scheme.

"So getting rid of Jeff Sesssions and moving him over to Homeland Security and embarrassing him in front of the United State Senate where he have to go back for another confirmation would be a ludicrous move," Painter concluded.

The former chief White House ethics lawyer then proceeded to lecture the administration.

"The President needs to understand this is a country with the Rule of Law and there is a Russia investigation by Bob Mueller, that is not going to stop and there is nothing he could do to stop it," Painter explained.

"He ought to focus on doing his job and lay off the Russia investigation and stop tweeting about it and stop picking on his Attorney General," Painter advised. "It is alienating everybody, including many Americans who are sympathizing with Jeff Sessions who never identified with Jeff Sessions and his brand of politics."

"It is unifying the country against the President," Painter concluded. "This is a very bad situation for the White House."