‘Put it around your neck and pull’: Black deliveryman too rattled to work after butcher hands him a noose 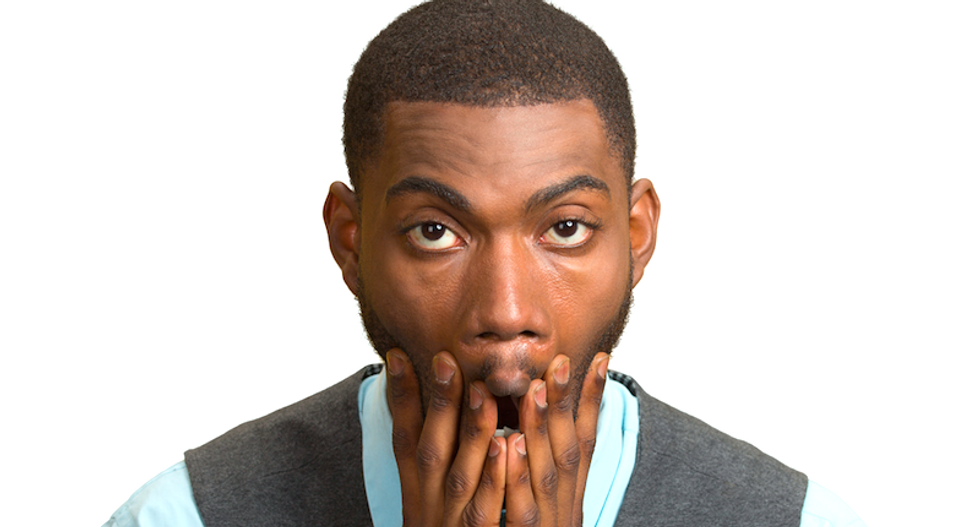 A black deliveryman said he's too traumatized to return to work after a customer handed him a noose.

Victor Sheppard said he wasn't comfortable going back to his job with Mosner Family Brands because the meat distributor continued to serve the butcher shop whose owner handed him a noose in what he describes as a joke, reported the New York Daily News.

The 37-year-old Sheppard said he's been anxious and unable to sleep since the April incident at Ottomanelli & Sons Meat Market, and he's disappointed his employer has kept the butcher shop as a client.

“I could have lost my life or been badly injured or in jail, and it didn’t mean anything to them,” Sheppard said. “It’s not easy returning to an environment where you mean nothing.”

His boss, Michael Mosner, said Sheppard could have applied for disability leave and was offered free counseling, but he hadn't pursued either.

The delivery company sent Sheppard a notice June 9 informing him they assumed he had abandoned his job, after he was reassigned to keep him away from butcher Joe Ottomanelli -- who said he was "fooling around" when he handed the noose to the deliveryman.

“Here is your gift. You can put it around your neck and pull if you want to end it all,” Ottomanelli told Sheppared, according to a criminal complaint. “If you are feeling stressed out I can help you with it.”

The 58-year-old Ottomanelli has been charged with a hate crime.

The butcher’s lawyer, Ron Kuby, admits Ottomanelli's actions were "hateful and deplorable," but accused Sheppard of making up mental health complaints to position himself for a lawsuit.

“There’s no reason for this man to quit his job besides the reason that suing is easier than working,” Kuby said.

Sheppard has not yet filed a lawsuit, but he said the incident was symptomatic of larger problems.

“We are at a tipping point and it can get worse,” Sheppard said.