'The call came from inside the house': Morning Joe reveals source of bombshell Don Jr. report 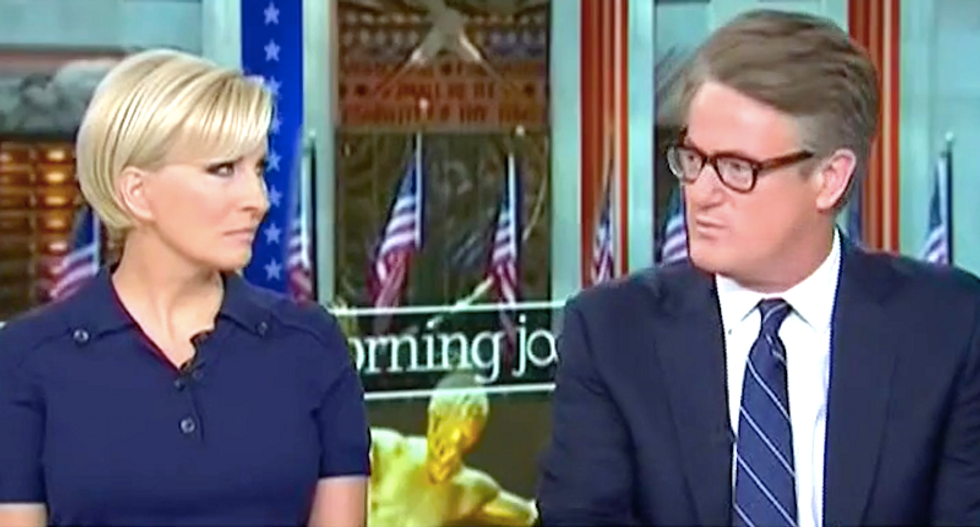 MSNBC's Joe Scarborough said this weekend's bombshell revelations about Donald Trump Jr.'s meetings with a Kremlin-linked lawyer can't be explained away as "fake news" -- because the reports were confirmed by White House officials and the president's son himself.

Trump Jr. confirmed that he and brother-in-law Jared Kushner and campaign chairman Paul Manafort met in June 2016 with Russian attorney Natalia Veselnitskaya to discuss an offer of damaging information about Hillary Clinton -- which all three men later failed to disclose or denied.

"Morning Joe" co-host Mika Brzezinski pointed out that Trump and his associates have attempted to "undermine" the media for reporting on these lies -- but Scarborough said this story was too strongly sourced to wish away.

"They can't even, in this case -- their dupes that (say) '#fakenews,' they can't even do it," Scarborough said. "This story -- oh, wait -- the call came from inside the house. There's somebody inside the White House leaking this. This is not from outside the house. It was all confirmed by people who work for Donald Trump."

David Ignatius, a Washington Post columnist and MSNBC contributor, explained that Veselnitskaya -- whose clients include a Russian money launderer and others under sanctions -- was likely under U.S. surveillance.

"So her conversations, her travels, her later discussions about who she met with and what they said are probably knowable facts," Ignatius said.

That means this meeting, and potentially other damaging information about the Trump campaign, was already known to intelligence agencies and U.S. investigators who overheard surveilled Russians discussing it.

"We're only in the imagining stage now, but this (was) June 2016," Ignatius said. "Donald Trump has just shown that he's going to win the nomination. A Russian plan that's been, you know, pretty low-key, collecting information, penetrating servers, according to the dossier compiled long ago -- parts of it may be false, parts may not."

"At that time in midsummer, the Russians begin changing the nature of their operations in the U.S., begin to think about helping one candidate," he continued. "In addition. they always wanted to hurt Hillary Clinton. These are the things that Mueller, it's going to take him months and months to get to the bottom of. Donald Trump said after his Hamburg summit it's time to move on. Guess what, folks? The country is not going to be able to move on until we have a clear factual accounting of this by the congressional intelligence committees and special counsel of Robert Mueller."