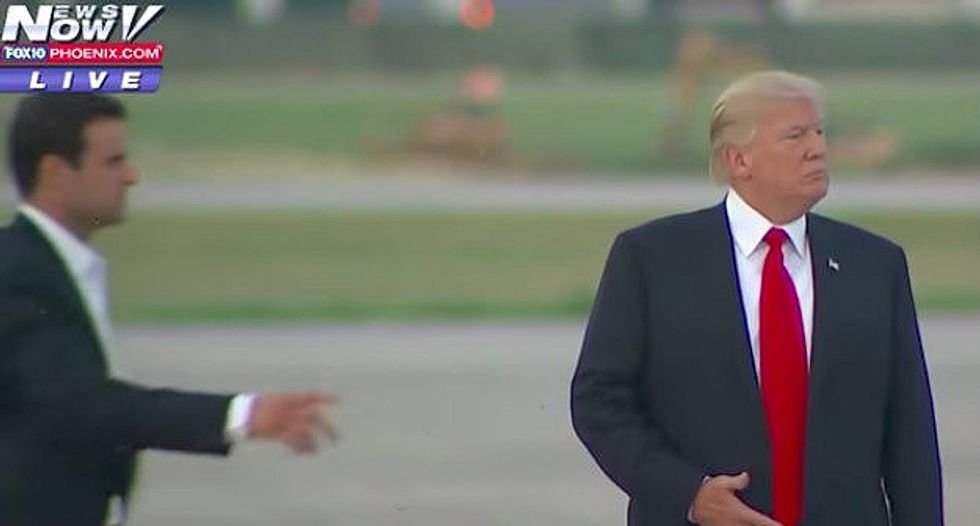 Our low stamina so-called president arrived back in the U.S. and after deplaning from Air Force One, he appeared to be walking to his limousine which was right there in front of him, larger than life but instead, the tired old man wandered off, seemingly in a state of confusion. Donald Trump took a right after…