WATCH: Kellyanne Conway squirms as she’s shown her own past denials of campaign meetings with Russia 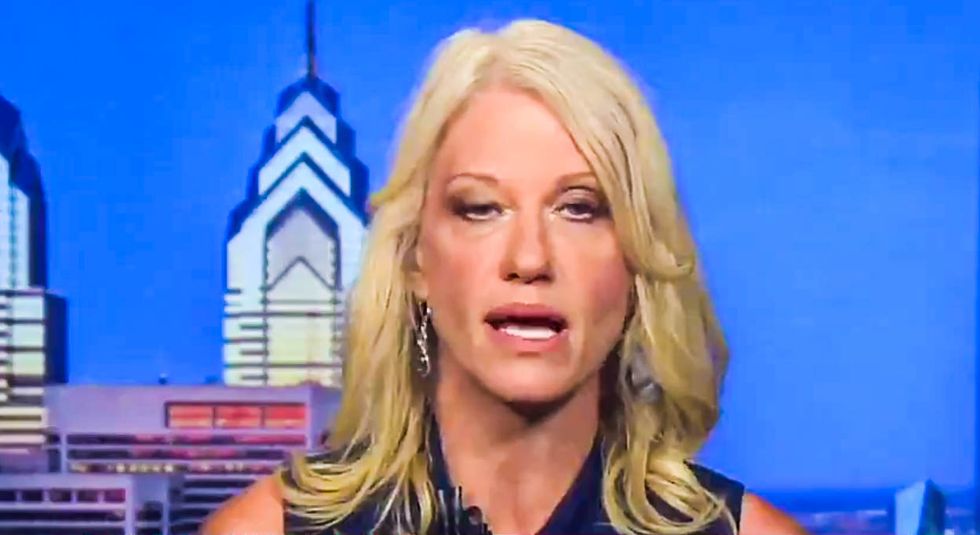 Kellyanne Conway on Monday was confronted by her own past false statements about whether any members of the Trump campaign had met with Russian officials during the 2016 presidential campaign.

In an interview with George Stephanopoulos on Good Morning America, Conway was shown footage from late last year in which she flatly denied there had been any contact between the Trump campaign and Russian government officials.

The ABC host then noted that this statement was incorrect in light of news that Donald Trump Jr., Paul Manafort and Jared Kushner had all met with a Kremlin-connected lawyer last year in the hopes that she would reveal damaging information about Democratic presidential nominee Hillary Clinton.

"Who misled you, and why did Don Jr., Jared Kushner, and Paul Manafort allow those public denials to stand for so many months?" Stephanopoulos asked.

"So as I understand it, George, some of those public disclosure forms have been amended since that time to reflect other meetings, including this one," Conway replied.

Conway then quickly pivoted, and said that Trump Jr. didn't actually receive any damning information about Clinton during the meeting, which she claimed proved that he didn't collude with anyone from the Russian government.

Stephanopoulos, however, would not let Conway off the hook.

"Why did people in the administration allow these denials to stand for so many months?" he asked.

"The people involved in the meeting could answer those questions better for you," she replied. "But as I understand it, George, people's disclosure forms have been amended to reflect meetings such as this. And Don Jr. came forward this weekend and gave more information about the meeting."

"After denying it!" Stephanopoulos interjected.