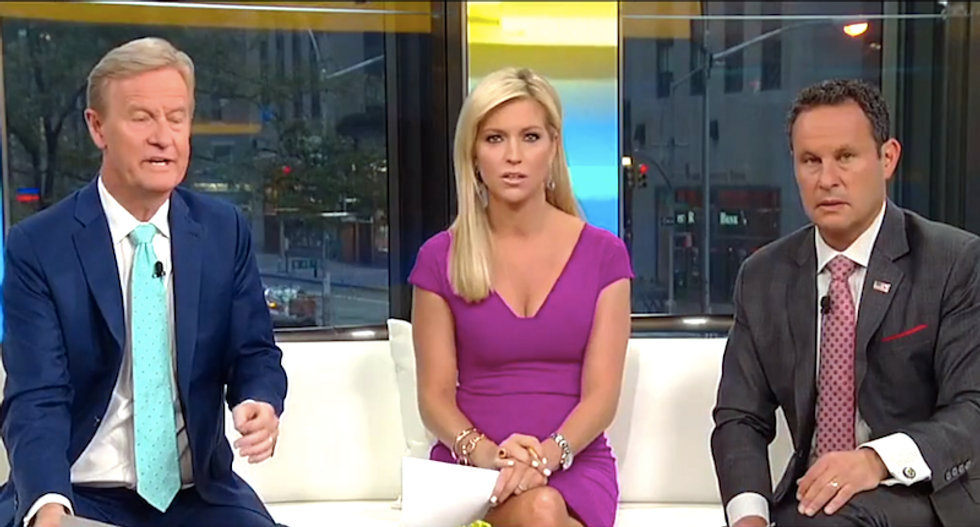 "You heard Chuck Schumer say we are not celebrating, yet you see some of the images out of Capitol Hill last night, in the middle of the night, people were taking selfies -- a lot of happy faces," said co-host Steve Doocy. "Elizabeth Warren outside taking selfies with supporters."

Co-host Brian Kilmeade lashed out at the younger supporters celebrating with Warren and showed a fundamental misunderstanding of how health insurance works.

"Congratulations, because now people who need healthcare can't afford it because these premiums are astronomical," she said.

The so-called "skinny repeal" measure that failed overnight would have resulted in 16 million Americans losing insurance by 2026, according to a report by the Congressional Budget Office hours before the vote.