'About f'ing time': Internet celebrates the decision to cut Jeffrey Lord -- but blasts CNN for taking so long 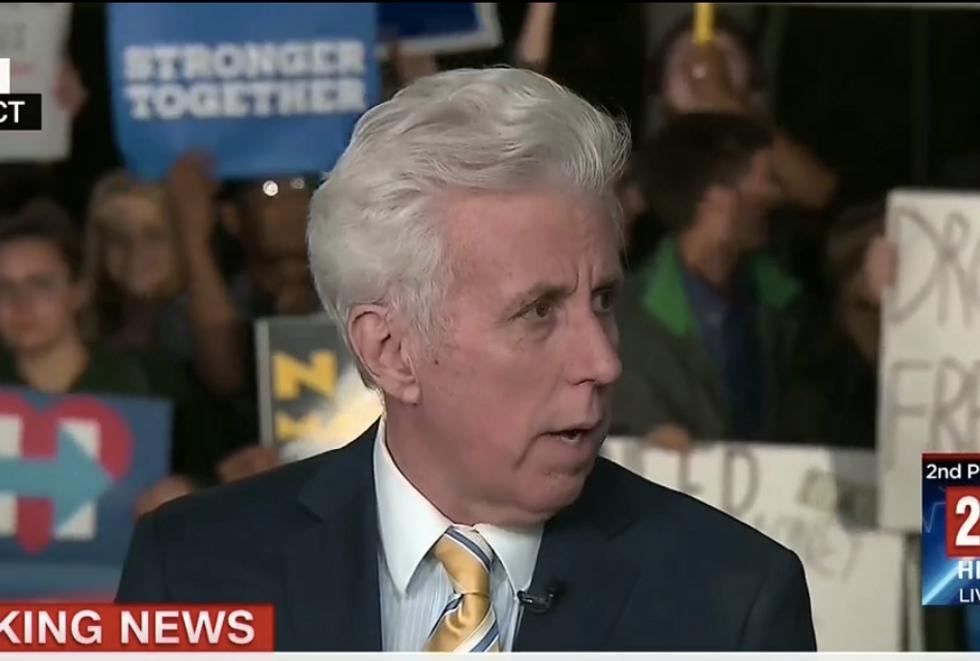 After tweeting a Nazi salute on Twitter, CNN finally made the decision to release Jeffrey Lord from his contract with the cable news outlet.

Even the Anne Frank Center celebrated the end to Lord's employment.

"The infestation of anti-Semitism in Trumpworld is a global embarrassment and apparently has no end," Executive Director Steven Goldstein said in a statement. "The president will no doubt engage in distraction now by calling CNN 'fake news.; But CNN is real news, and the Trump administration and its defenders are filled with real prejudice."

Trump advocate Roger Stone blasted the network saying "there is something wrong in a world in which CNN fires Jeffrey Lord but retains diva Ana Navarro [sic] who is literally dumber than dog sh*t."

He was quickly called out and mocked for his hostile words as well.

As one Twitter user pointed out, this wasn't Lord's first time using the offensive phrase. It was simply the first time he used the phrase and CNN must have reached the end of their rope .

The rest of the internet was right along with him. You can see the top tweets from activists below:

@RawStory Finally. @CNN took you long enough. Some of your decisions have eroded your creditability. Lord was one on them.
— Tribulum (@Tribulum) 1502400432.0