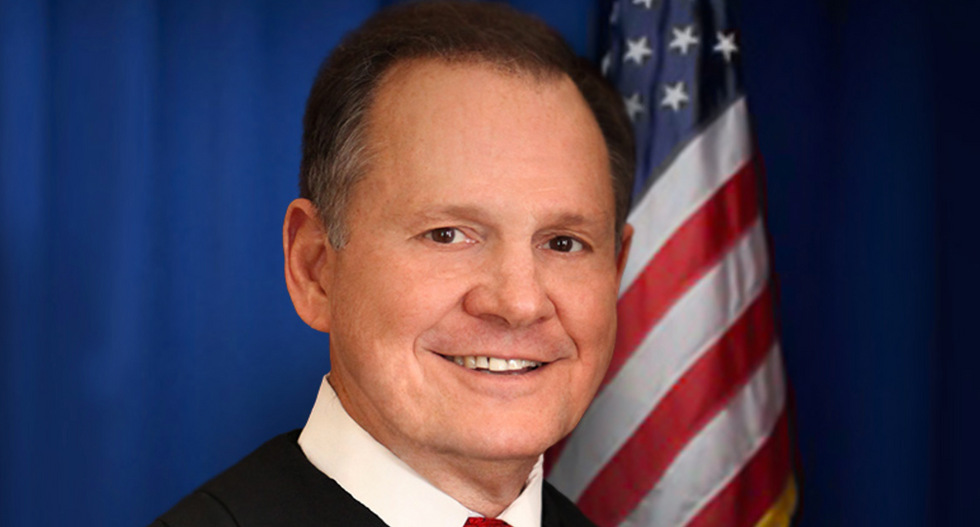 Moore was speaking with the Guardian’s Paul Lewis in the midst of a crowded race to fill the Senate seat left vacant by Sessions. He told Lewis while “everybody else thinks it’s the Russians” who put Donald Trump in office, “I think it’s the providential hand of God.”

Asked by Lewis to consider what Reagan—who famously called Russia “the focus of evil in the modern world”—would say of growing support for Vladimir Putin among Republicans, Moore argued, “you could say that very well about America, couldn’t you?”

“We promote a lot of bad things,” Moore said of the United States. Asked to provide an example, Moore replied, “same-sex marriage.”

Lewis pointed out that Putin makes the same argument in opposition to same-sex marriage and gay rights.

“Maybe Putin is right, maybe he’s more akin to me than I know,” Moore replied.

For J.D. Crowe, an Alabama political cartoonist, “Putin would be like the perfect Alabama candidate.”

Crowe described Moore as the most similar to the Russian president, telling Lewis the pair would make “anti-gay soul mates.”

Lewis also spoke with number of Trump supporters who were quick to heap praise on Putin, referring to him as a “barracuda,” who “rides horses, goes shooting and stuff.”

Robert Gardner, an evangelical pastor, likewise said he takes no issue with the Russian president’s stance on homosexuality.

“[Putin’s] fairly closely aligned with the Russian Orthodox Church, and I have nothing against my brothers over there,” Gardner said.

Watch the video below, via the Guardian: