Columnist: Trump so awful that when he says the right thing 'I assume somebody else has his phone' 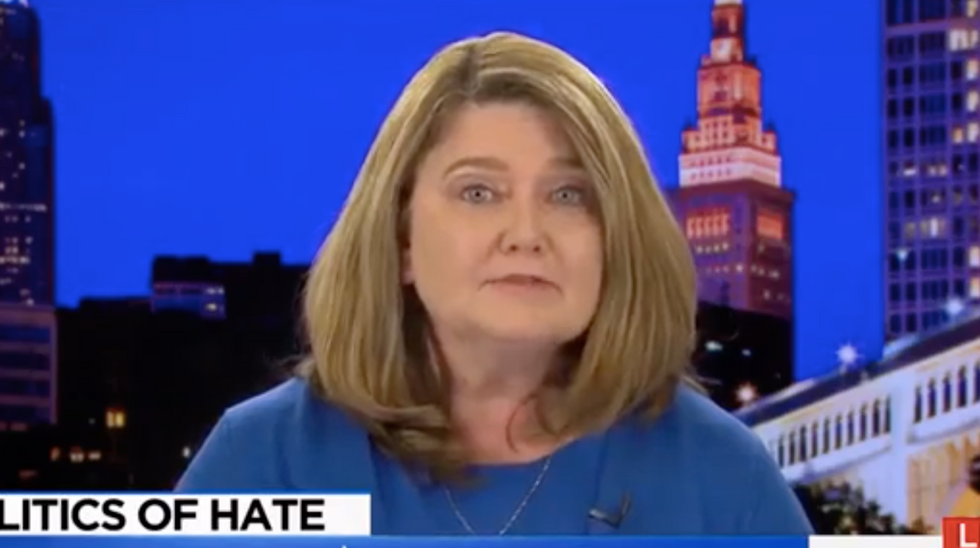 In fact, she said, when he does or says the right thing, she assumes it's at someone else's guidance.

Schultz made the comments during a discussion of Saturday's march in Boston in which a few "Free Speech" right-wing demonstrators were met by tens of thousands of counter-demonstrators.

President Trump looked at TV coverage of the event and tweeted that he saw a lot of "anti-police agitators" on the streets, but later followed up by congratulating participants for standing up to racism.

"As you could see by the coverage today with 27 arrests among 40,000 people, protesters and the police got along fine in Boston today," said Reid. "But when Donald Trump tuned in, he apparently saw something much different prompting him to tweet it looked like many anti-police agitators and demonizing tens of thousands of happy protesters."

"I'm not at all surprised by Donald Trump's response, I don't expect better from him," Schultz said. "When he has a momentary lapse and he actually behaves well, I assume somebody else has his phone, at this point."