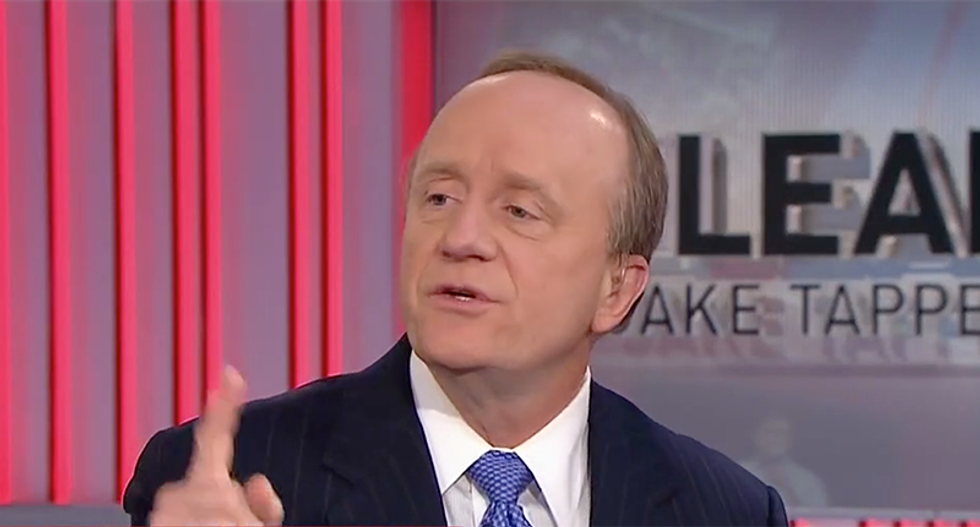 Democratic CNN strategist Paul Begala wants Democrats to stop pivoting to whatever Trump is talking about and focus on the fact that he's standing with Nazis and white supremacists.

While addressing the monuments that Trump alleges will also come down if statues of failed generals of the Civil War also come down, Begala wondered about the lack of information Trump seems to have.

"So, why is the president weighing in on this debate which predates his presidency a lot?" Begala asked. "Not because he gives a ripsnort about the Confederacy or history or art. He couldn't pass a class on American History at Trump University. He couldn't tell you Stonewall Jackson's first name or where he died or how he got the nickname Stonewall, he doesn't know anything about this. He's doing this to divert, divide, and distract and God bless the Democrats."

Begala argued that the Democrats shouldn't be the "large-mouth bass" that pivots to whatever shiny thing is flashing at them.

"If we see a shiny object, boom, Trump says it, we hit it. Charlottesville was not about the Robert E. Lee statue," Begala explained. "Those Nazis were chanting, 'Jews will not replace us.' They weren't chanting we love Robert E. Lee. They were Nazis and the president put them on the same moral plane as Heather Heyer and people who put their bodies in the way of those Nazis."

He agreed a debate should ensue about the monuments and noted New Orleans Mayor Mitch Landrieu's speech on the topic, but he urged Democrats not to chase Trump down the monument path and focus on the fact that he is defending Nazis.

"I think they should talk about Charlottesville and honor the memory of the woman that gave her life opposing Nazis and focus on the fact that the president seems to be an apologist for those guys," he concluded.

Paul Begala wonders if Trump too history class... by sarahburris