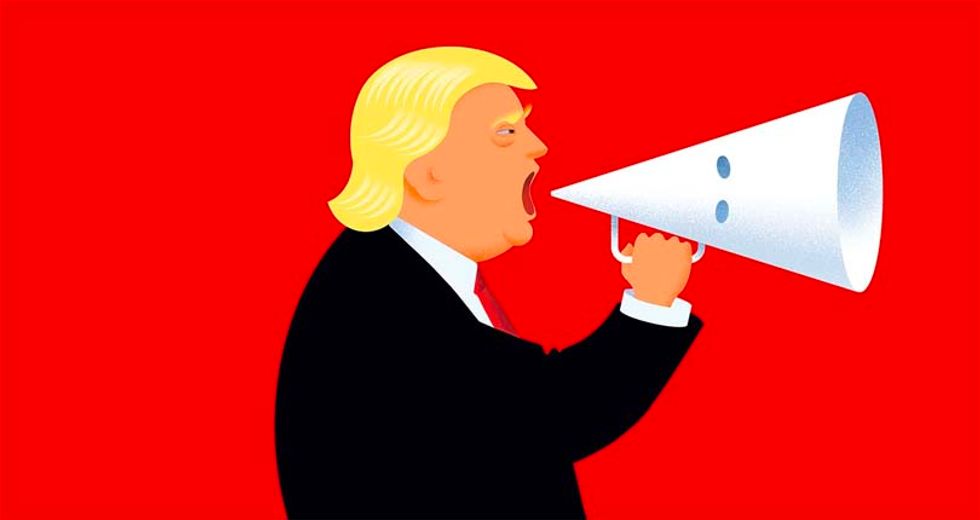 Accompanying a scathing editorial calling President Donald Trump "politically inept, morally barren and temperamentally unfit for office," The Economist featured a cover of the president yelling through a megaphone shaped like a KKK hood.

According to the normally conservative Economist, the president's response to the violence in Charlottesville shows, "Donald Trump has no grasp of what it means to be president."

"Defenders of President Donald Trump offer two arguments in his favour—that he is a businessman who will curb the excesses of the state; and that he will help America stand tall again by demolishing the politically correct taboos of left-leaning, establishment elites. From the start, these arguments looked like wishful thinking. After Mr Trump’s press conference in New York on August 15th they lie in ruins," the editorial begins.

"Mr Trump is not a white supremacist. He repeated his criticism of neo-Nazis and spoke out against the murder of Heather Heyer," it continues. "Even so, his unsteady response contains a terrible message for Americans. Far from being the saviour of the Republic, their president is politically inept, morally barren and temperamentally unfit for office."

The magazine then took the president to task, bluntly stating: "Mr Trump’s inept politics stem from a moral failure."

"At the root of it all is Mr Trump’s temperament. In difficult times a president has a duty to unite the nation ... but could not sustain the effort for even 24 hours because he cannot get beyond himself," it states. "Mr Trump cannot see beyond the latest slight. Instead of grasping that his job is to honour the office he inherited, Mr Trump is bothered only about honouring himself and taking credit for his supposed achievements."