Ex-CIA agent rips GOP for its cowardice on racism: 'That's not public service - that's self service' 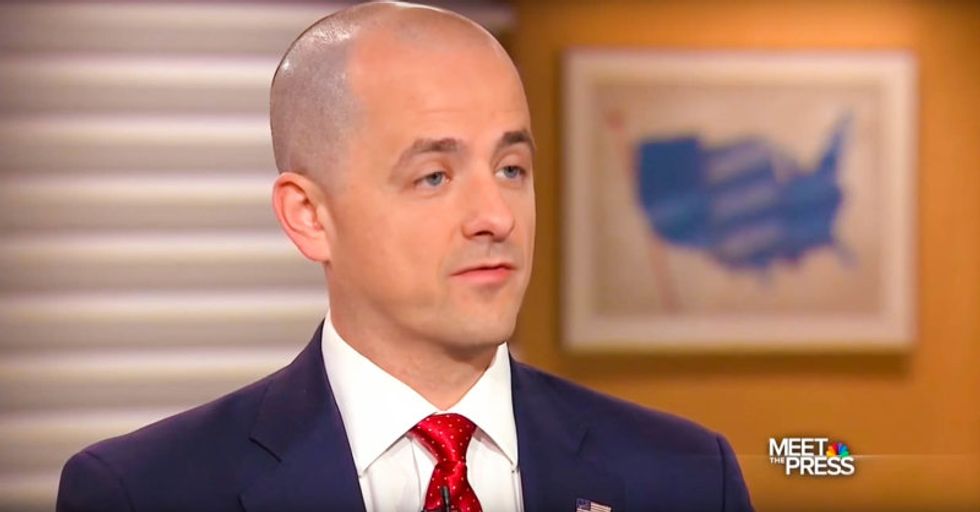 Former CIA agent and longtime Republican Evan McMullin blasted President Donald Trump and the Republican Party for not calling out the white supremacists and racists who killed one protester and injured scores of other in Charlottesville, VA on Saturday.

Regarding the press conference by Virginia officials in the wake of the tragedy, McMullin told CNN's Ana Cabrera, "What we just saw is the kind of leadership that America has been waiting for, for the last six or seven months, and I've got to tell you, it was refreshing to hear it. We should hear more of it from Washington, D.C.."

He continued, "Now I've got to tell you another thing about this situation. I've spent time in Republican politics and with Republican leaders, and Republican leaders tend not to speak out against racism in America, unless it's some disastrous situation like this, and then they come out."

He continued, "The reason why they don't do that -- and I know because i've been a part of it, I've seen it myself -- is that there's a taboo within the Republican Party about attacking racism in America... There is an element of the Republican base that is racist, and our leaders are afraid to stand up to them because, if they do so, they'll be criticized, and they'll potentially lose votes."

He concluded, "So they don't do it, but that's not public service, that's self-service."