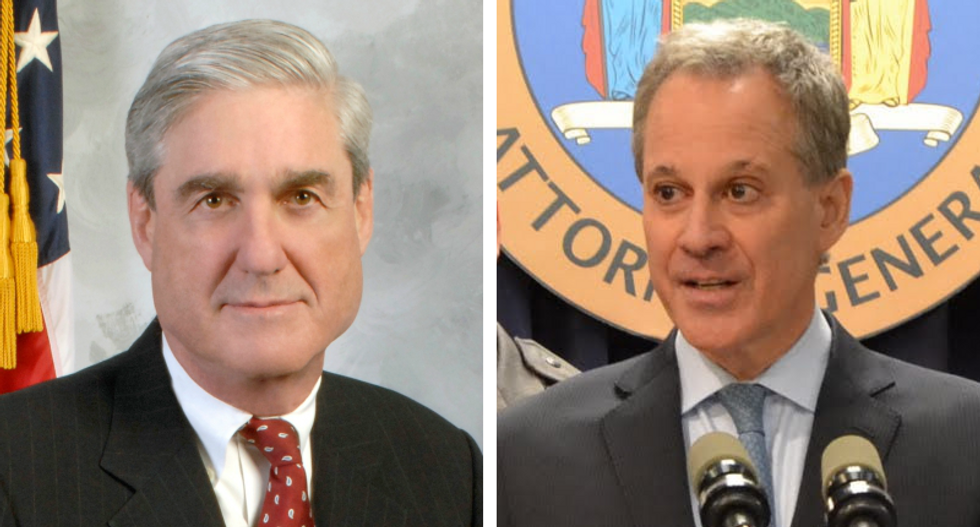 "What Schneiderman and Mueller are gaming out is how to apply pressure on Manafort in a way that would be essentially immune to the dangle of presidential pardon," "All In" host Chris Hayes explained. "But watching this story, that has to be figuring in the thinking of everyone right now, as a former Watergate prosecutor, I imagine you thought of that as well."

“I think it’s a brilliant idea, I think it absolutely could work because I believe that the abuse of the pardon power could actually amount to an obstruction of justice," former Watergate prosecutor Jill Wine-Banks explained.

"I think the promise of a future pardon for anyone who has been involved in any wrongdoing, and then the pardon of Joe Arpaio, which sends the message to them, 'don't worry...you don't have to cooperate," Wine-Banks explained.

"You can be in contempt of court and I'll pardon that too," she concluded. "So I think the only way to avoid the abuse of his pardon power is to bring state charges.

"I think this is a wonderful development," she concluded.