Fired State Dept. official: Trump thinks Rosie O'Donnell is a bigger threat to US than Putin 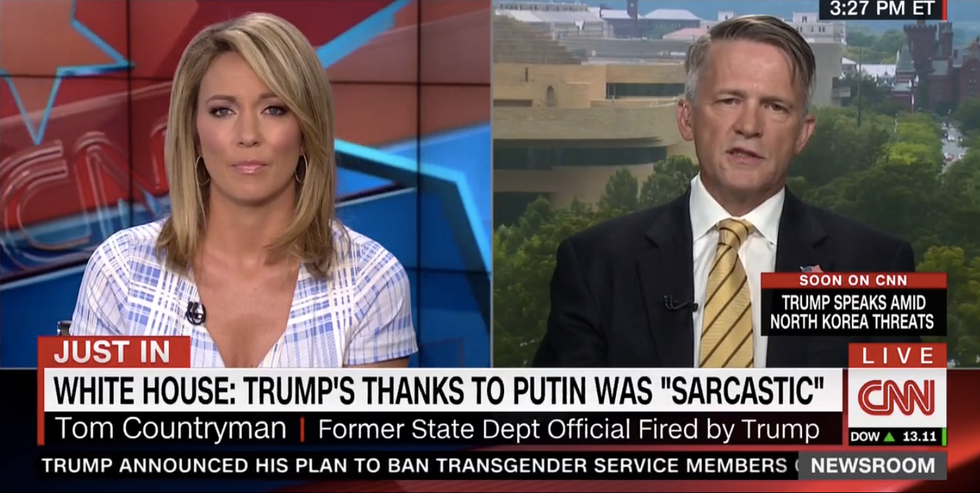 Former State Department official Tom Countryman blasted President Donald Trump's lack of perspective on Friday when he lambasted the former Reality TV game show host for lashing out incoherently at North Korea and undermining the work done by diplomats to de-escalate tensions between the U.S. and North Korea.

Regarding Trump's "thank you" to Russian Pres. Vladimir Putin on Thursday for expelling hundreds of U.S. diplomatic personnel, Countryman said, "When I first heard the president's thank you message to President Putin yesterday, I thought, 'This is not the most outrageous thing this president has said, but it is one of the most shameful things any American president has said."

He went on to question the president's priorities and the amount of time he spends on petty feuds rather than acting on behalf of the interests of the country.

Trump, Countryman said, "believes Rosie O'Donnell to be a bigger threat to the security of the United States than Vladimir Putin, just based on the amount of time that he devotes to criticism."