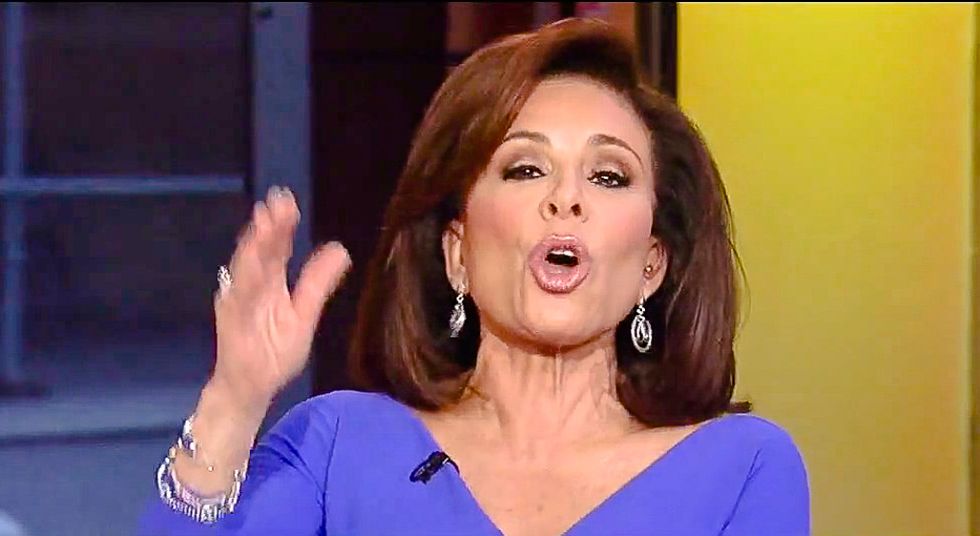 Appearing on Fox & Friends on Friday morning, weekend Fox News host Jeanine Pirro warned that, should prosecutors indict a Trump family member on criminal charges, there will be hell to pay with the American public.

Addressing reports that at least one grand jury is investigating President Donald Trump and his associates, the former prosecutor excitedly stated that it probably is concerning to Trump that he is being persecuted.

"I'm sure this is on Donald's mind, he never stops thinking," she explained. "But at the same time, this is an agenda."

"Here is my concern," Pirro told the Fox & Friends hosts. "If they end  up with an indictment against a family member, just to get at Donald Trump because they couldn't get at him, there is going to be a real uproar, a real uprising in this country."

Pirro went on to add, "I was a prosecutor for 32 years, you can indict a ham sandwich.  The only person in that grand jury is the district attorney who is interacting all of those grand jurors on what the law is -- and the body language is clear!"

Watch the video below posted to Twitter by Fox News: