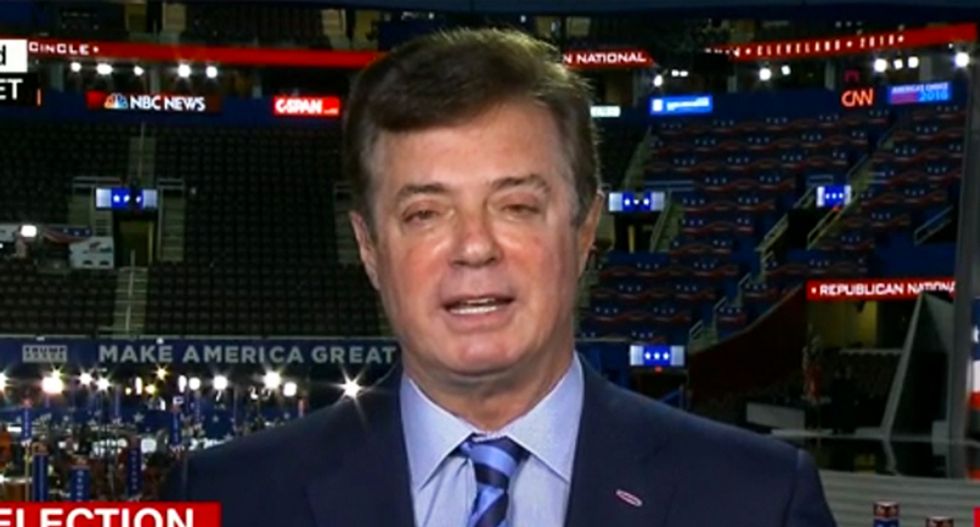 The newly revealed raid of Paul Manafort's home sheds some light on the scope of special counsel Robert Mueller's investigation into Trump campaign ties to Russia.

The July 26 raid at Manafort's home in Alexandria, Virginia, came one day after he met with investigators for the Senate Intelligence Committee about his June 9, 2016, meeting with Russians promising damaging information about Hillary Clinton.

Here are some of the most significant clues about the Russia probe revealed in reporting on the Manafort raid:

The former Trump campaign chairman had been voluntarily producing documents to congressional investigators -- but the search warrant indicates investigators told a federal judge they had reason to believed Manafort could not be trusted to turn over all records sought by a federal subpoena -- or might even destroy some of the evidence.

That suspicion alone isn't enough to justify a search warrant. Prosecutors must persuade a judge there is probable cause to believe evidence of a crime will be found during a search. In other words, "FBI agents had to swear to their belief that fruits of a crime would be found in Manafort's home," former federal prosecutor Kenneth Julian told Business Insider -- and the judge had to agree.

It's not clear what crime FBI agents expected to uncover at Manafort's home, but a New York Times report on the raid offers a clue. The search warrant seeks tax and foreign banking records -- which suggests that investigators may look to charge Manafort under the federal Bank Secrecy Act requiring Americans to report their foreign bank accounts.

The wide-ranging search warrant included documents Manafort had already provided to Congress, and he also turned over 400 pages to meet an Aug. 2 deadline. But the raid prompted fears that Mueller was trying to build a case against Manafort unrelated to the campaign to pressure him into turning on other Trump associates. "(I) would add that a raid coming months into a probe when subject's attorneys have been talking to the Department of Justice also suggests something serious," said Matthew Miller, former communications director for the Justice Department and spokesman for former attorney general Eric Holder.

The raid has seemingly spooked the president and his allies. Trump smeared the acting FBI director as a Clinton partisan about three hours after the search warrant was executed, and both he and his short-lived communications director spent the next 24 hours making outrageous statements. The National Enquirer, which is run by a Trump friend and attacks the president's enemies in print, published a hit piece on Manafort about an hour after the search warrant was first reported.