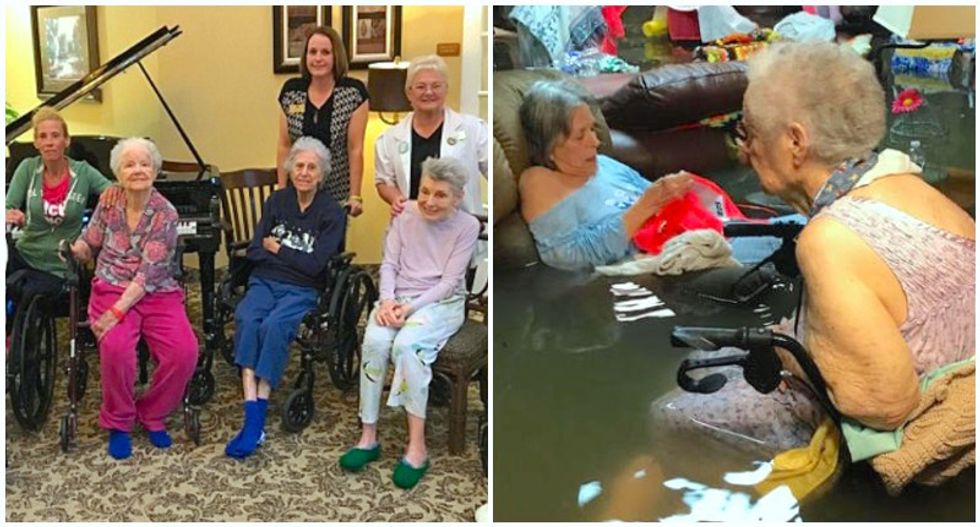 More than a dozen nursing home residents seen awaiting rescue from Hurricane Harvey in a viral photo have been moved to safety.

The 15 residents of La Bella Vita have been moved to another facility in Alvin, Texas, and they tweeted out another photo showing them safe and dry at their temporary home, reported CBS News.

Seven of the women were photographed Sunday as they calmly awaited emergency crews while sitting chest-deep in floodwaters at the Houston-area nursing home, and the picture has become one of the defining images from the deadly hurricane.

"They did look sort of calm in that photo, but at this point in time they had been in that water for several hours," said Susan Bobrick, whose sister was shown in the photo. "When you get people that are in wheelchairs, or cannot get around, or they have walkers, if the water kept coming up, what were they going to do?"

One of the women seen in the photo had suffered a debilitating head injury decades ago, at age 19.

Nursing home staffers said the residents were in good spirits, but their family members aren't able to visit them yet as the storm continues dumping rain on the Houston area.