'I want them to talk about racism everyday': Bannon gloats he 'got' Democrats talking identity politics 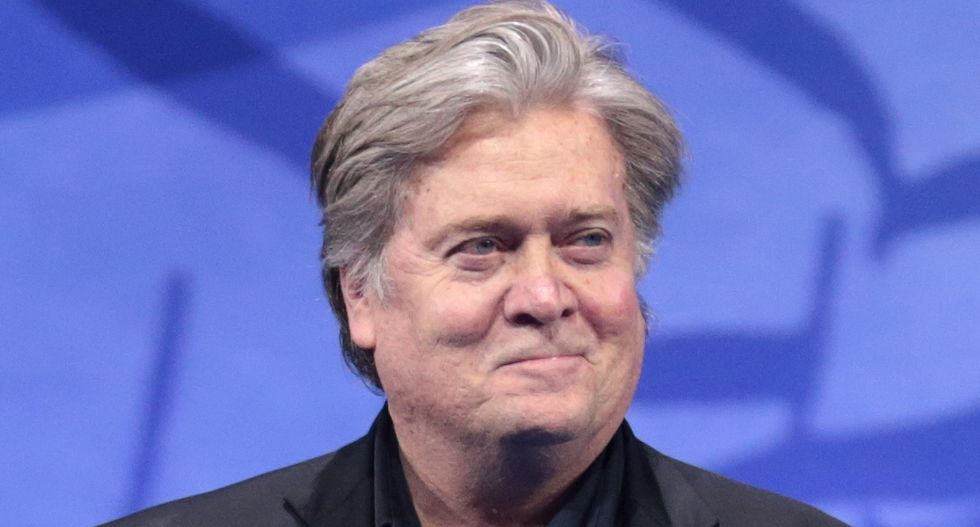 Bannon phoned The American Prospect progressive writer and editor Robert Kuttner Tuesday, according to his analysis of the interview.

In the interview, Bannon dismissed ethno-nationalists as irrelevant.

“These guys are a collection of clowns,” he added.

Bannon claimed to welcome the intense criticism Trump has received.

“The Democrats,” he said, “the longer they talk about identity politics, I got ’em. I want them to talk about racism every day. If the left is focused on race and identity, and we go with economic nationalism, we can crush the Democrats.”

Kuttner described Bannon as being in "high spirits" during the call

"You might think from recent press accounts that Steve Bannon is on the ropes and therefore behaving prudently. In the aftermath of events in Charlottesville, he is widely blamed for his boss’s continuing indulgence of white supremacists," Kuttner explained. "But Bannon was in high spirits when he phoned me Tuesday afternoon to discuss the politics of taking a harder line with China, and minced no words describing his efforts to neutralize his rivals at the Departments of Defense, State, and Treasury."

“They’re wetting themselves,” Bannon said of opponents he planned to oust at State and Defense.