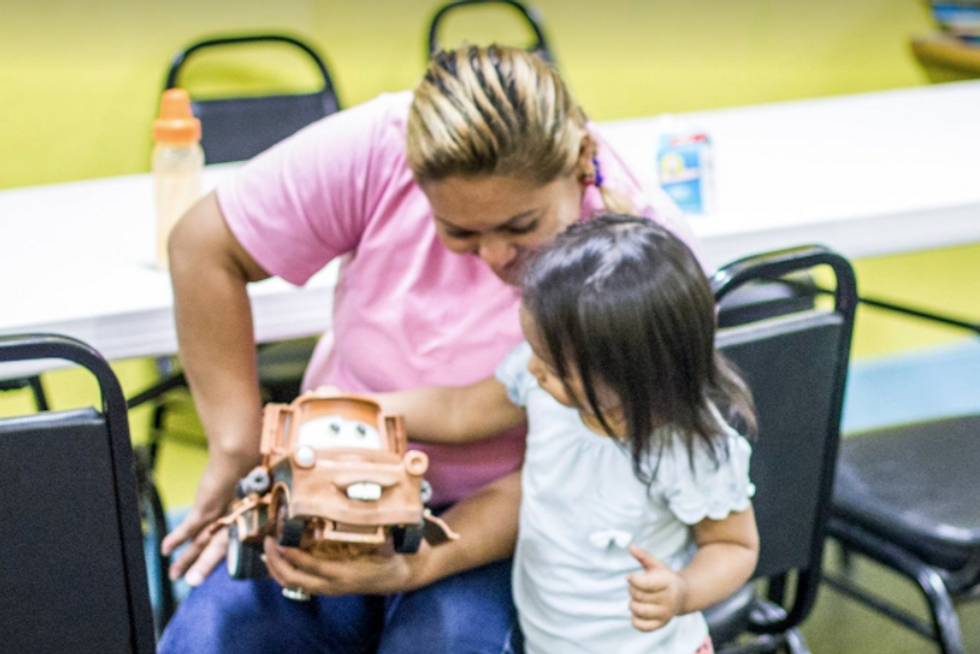 Immigrations and Customs Enforcement (ICE) agents dumped off a busload of immigrant women and children at a closed bus station in San Antonio on Friday directly in the path of Hurricane Harvey, which was then a Category 4 storm poised to make landfall.

Buzzfeed News reported that Democratic U.S. Rep. Lloyd Doggett contacted ICE and told them not to transport the recently released detainees, but the agency dropped them at the downtown bus station anyway, in spite of the fact that all transport services were suspended ahead of the hurricane.

“Knowing that, they just dropped them off,” said Barbie Hurtado -- a community organizer for RAICES, a nonprofit that provides legal aid to immigrant families. “These are women and children who have been released from family detention with no money, cell phones, and don’t speak English.”

When contacted for comment, ICE released a statement to Buzzfeed that said, "All of the aliens who were transferred to the San Antonio Greyhound bus station by ICE on Friday morning had confirmed tickets and itineraries to their destinations. Throughout the process, ICE remained in close contact with bus officials to ensure bus availability, and all aliens had confirmed bus transportation at the time at which ICE officers departed the station. Ultimately, ICE kept two additional families in custody since their bus trip had been cancelled."

However, the spokesperson declined to answer when asked whether buses were running when the women and children were dropped off in San Antonio.

Doggett told Buzzfeed that ICE assured him on Friday that no situation would occur where families were left stranded ahead of the unprecedented weather emergency.

"But for more than 50, it did," Doggett said. "Especially during this natural disaster, all families deserve respect and safety. Fortunately, those who were left waiting with nothing were helped by the goodness of our neighbors and the leadership of the Interfaith Welcome Coalition. Most have now been able to depart."

“This is all really unacceptable,” Doggett said to the Rivard Report. “We need greatly improved communication and more attention to genuine humanitarian concerns.”

A local church stepped in to take in the stranded families, many of whom are asylum-seekers from Central America.

“They were really tired and didn’t know what was going on at first,” Hurtado told Buzzfeed. “But they’re grateful to have a roof over their heads, clothes, and food. Most of them were praying the hurricane passes so they can get to their families.”