'It's called the graveyard of empires for a reason': CNN's Cuomo rips Trump for ignoring realities of Afghan war 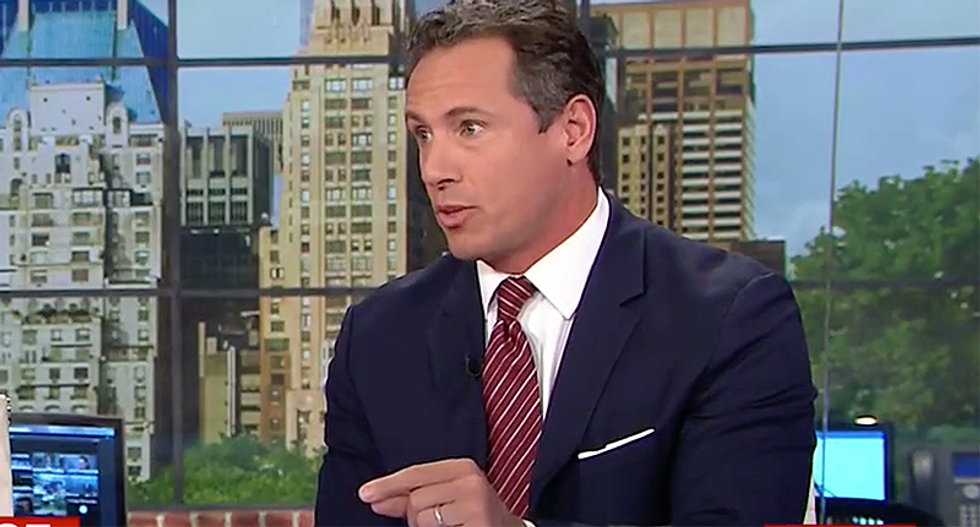 CNN's Chris Cuomo went after President Donald Trump's speech on Afghanistan and foreign policy on Tuesday's "New Day," saying it sounded great but who knows if it is true.

Daily Beast editor John Avlon noted that Trump's speech on Monday night was a "clear departure from his policy in the past," making everything he says unreliable for the American people.

"It's murky by nature though, but it's not hard to describe what you want as success, we've done it many times," Cuomo noted. "The problem with Afghanistan, it's called the graveyard of empires for a reason. Anybody who has been there will tell you what the main problem is and it wasn't addressed in that speech last night and not addressing with the military really feels, which is what do you do about corruption and how do you get that government to deliver the services the people need so that they don't need the Taliban? He didn't address that last night because it's too hard to do."

Political analyst Karoun Demirjian agreed, saying that Trump seemed to talk about getting rid of economic commitments while maintaining military commitments. He also didn't address what the U.S. would expect from the Afghan government, just being against blank checks.

"The old Donald Trump would have rejected every one of the point of this plan," said Cuomo.

Avlon said that he tries not to claim that the speech was a "wag the dog" to get away from his categorical failure on Charlottesville, but that the speech Monday was "teleprompter Trump" not "Twitter Trump."

"It doesn't matter how you say it, you don't have to be articulate, you have to mean it," Cuomo said. "You can have an eloquently spoken word as we saw at the top of the speech last night but it doesn't mean that people are going to believe especially when it has been contradicted time again."

Cuomo went on to say that Trump has the same problem when it comes to Pakistan and Syria, where he's tried to say one thing and do another.

"He has said something opposite," Cuomo said. "He spent years saying 'Pakistan stay out of there. You give them lots of money, stay out of there, give me a date certain.' When Obama said 'Afghanistan, get out' it was one of the few times [Trump] said 'I like what the president's saying.' On Charlottesville, he looked the media and the nation in the eye and said I know it's true and you know it's true but only one of us wants to admit it."