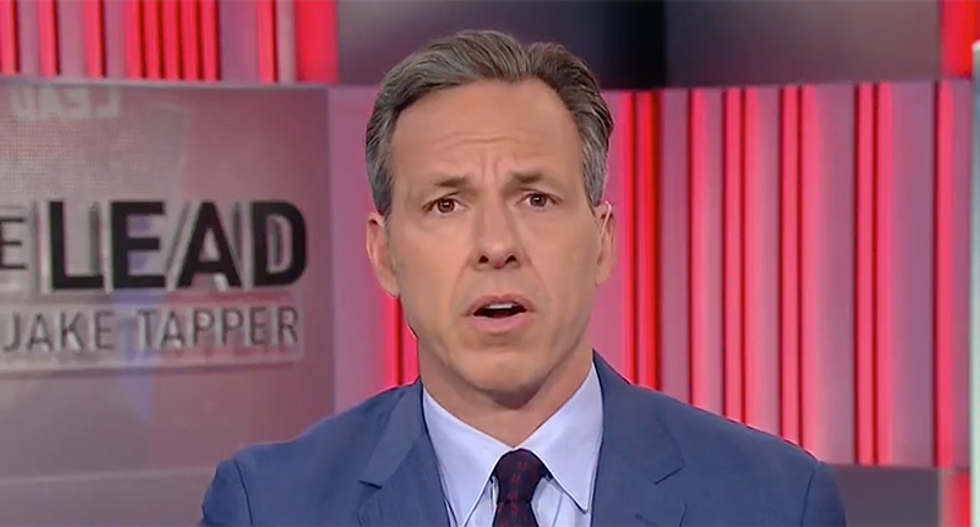 The problem isn't Steve Bannon — it's Donald Trump. That seems to be the take CNN's Jake Tapper walked through on Friday's "The Lead."

Long before Bannon was hired by the Trump campaign, the president managed to insult and attack non-white people with racially charged language.

"Also this comes within a week of tremendous national controversy over the president's response to the violence surrounding that Nazi-Klan, white supremacist alt-right rally in Charlottesville, Virginia, in which a young woman, Heather Heyer was killed in an act of terrorism allegedly by one of these racist," Tapper began.

It was at that point Trump blamed both sides and put Republicans in the difficult position to defend his remarks or denounce them and risk alienating the GOP base. Bannon was blamed by them.

"Those who blame Bannon for the president's controversial comments on race and racists as many Democrats have done is not supported by facts," Tapper corrected. "Bannon came on the campaign very late, as the president pointed out. Aug. 2016, three months from the campaign's victory. One year and two months before then we heard from President Trump these thoughts about Mexican immigrants from June 2015."

"Bannon was still runs Breitbart when president Trump had difficulty finding words to condemn the Klan and David Duke, Feb. 2016."

When it came to David Duke, he had a difficult time denouncing the former Klan leader to Tapper, and ultimately blamed it in a faulty earpiece.

There's a long history of attacks people of color, and it didn't start with Bannon. Watch Tapper walk through the many examples below:

CNN's Jake Tapper walks through the racist... by sarahburris