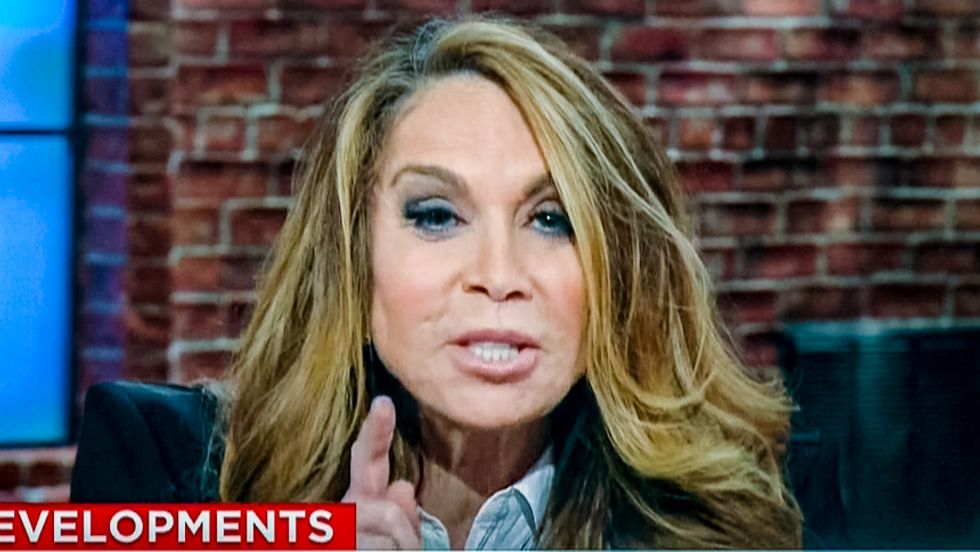 Pamela Geller, a blogger who is infamous for inciting hate against Muslims, cried foul this week after PayPal joined other tech companies in closing the accounts of white supremacists.

In a tweet on Monday, Geller revealed that PayPal had decided to ban her website, AtlasShrugs.com, "due to the nature of your activities."

"We ask that you remove all references to PayPal from your site," a letter from the company's Brand Risk Management department instructed.

According to the Southern Poverty Law Center, Geller is known for "her broad-brush denunciations of Islam" and other "preposterous claims."

"Geller has mingled comfortably with European racists and fascists, spoken favorably of South African racists, defended Serbian war criminal Radovan Karadzic and denied the existence of Serbian concentration camps. She has taken a strong pro-Israel stance to the point of being sharply critical of Jewish liberals," the Center notes in a profile of Geller.

Through her website, Geller has promulgated some of the most bizarre conspiracy theories found on the extreme right, including claims that President Obama is the love child of Malcolm X, that Obama was once involved with a "crack whore," that his birth certificate is a forgery, that his late mother posed nude for pornographic photos, and that he was a Muslim in his youth who never renounced Islam. She has described Obama as beholden to his "Islamic overlords" and said that he wants jihad to be victorious in America. In April 2011, Geller accused Obama of withholding evidence in the then-upcoming trial of accused Fort Hood mass murderer Major Nidal Malik Hasan.

Geller's anti-Muslim stance has also drawn the admiration of white nationalist and even neo-Nazi proponents on the extreme right – a rather remarkable feat, considering she is Jewish. She has been the subject of positive postings on racist websites such as Stormfront, VDARE, American Renaissance and the neo-Confederate League of the South.

The Los Angeles Times reported this week that PayPal, Apple, Cloudflare and other tech giants were moving to stop doing business with white supremacist groups following the recent clashes between neo-Nazis, white supremacists and anti-fascist activists in Charlottesville, Virginia.

"Tech companies have the legal right to terminate user accounts if those users violate their terms of service, according to legal experts, although many companies don’t often exercise those rights except in extreme circumstances because they are reluctant to police content and speech," the Times noted.